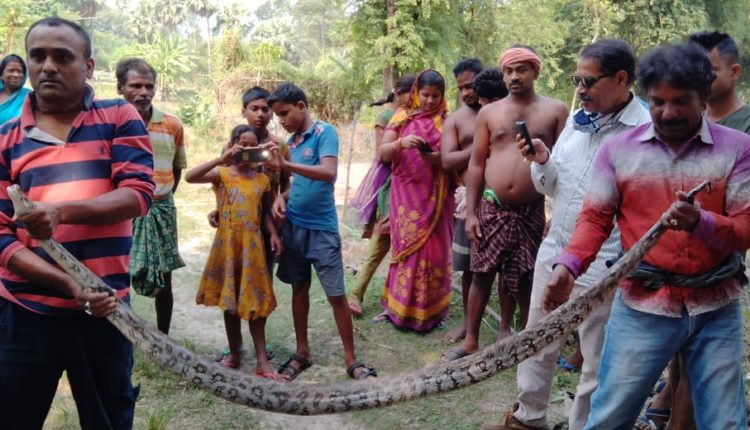 Balasore: A 10-foot long python was rescued from the garden of a villager in the district on Friday morning.

According to sources, the locals of Dalingia village under Oupada block spotted the very long snake trapped in a net in the garden of Dibakar Swain in the morning. Panicked by the large snake, they informed Manoranjan Das, a wildlife guide of the area.

Das identified it to be a python. He managed to carefully cut the net without harming the snake and rescued it from the trap.

Later, he with the help of villagers released the snake in Kuldiha sanctuary.