10 Injured In Stampede During Malyabanta Mahotsav In Odisha’s Malkangiri 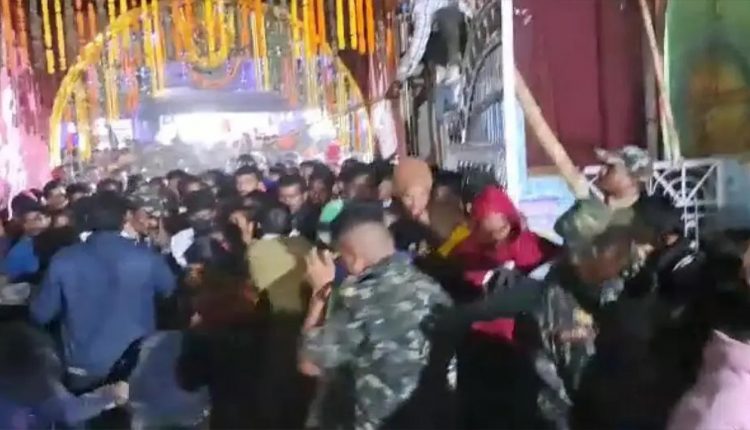 Malkangiri: Over ten people were injured, some of them seriously, in a stampede during Malyabanta Mahotsav, an annual cultural event, in Odisha’s Malkangiri.

According to sources, the incident took place on the third day of the festival on Tuesday night following a huge rush during the event at DNK Ground in this district headquarters town.

The injured were rushed to the district headquarters hospital for treatment. While some of them with minor injuries were discharged after preliminary treatment, the condition of those admitted to the hospital was stated to be stable.

Police personnel deployed at the ground had a tough time controlling the crowd as around 50,000 people thronged the venue to watch the cultural programme. The main attraction was the musical show by noted singers Mantu Chhuria and Asima Panda, they said.

The ground has a capacity to accommodate up to 30,000 people and the huge crowd led to a stampede.  Though the police shut the two main entrance gates, people tried to barge in.

The event drew a large number of visitors as it was organised after a gap of two years due to Covid-19 curbs.

The incident occurred barely four days after a 45-year-old woman was killed and 8 others, including several children, were injured in a similar stampede on the Badamba-Gopinathpur bridge over the Mahanadi in  Cuttack district on Makar Sankranti.