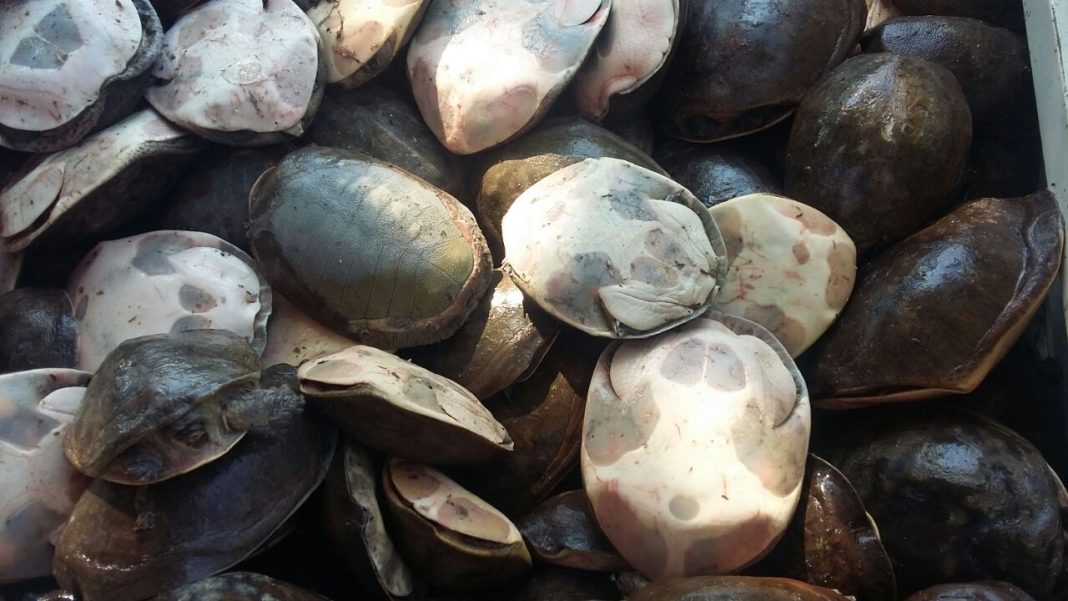 Malkangiri: Three persons were arrested on Sunday and more than 1,000
freshwater turtles seized from their possession at Kalimela in Malkangiri
district.

Local forest officials received a tip-off regarding the turtle
smuggling and intercepted a vehicle coming from Andhra Pradesh.
Following search, baskets containing the tortoises were recovered from
the vehicle.

“Possession of tortoise is illegal. The accused were being
interrogated to extract more information from them regarding the
smuggling racket and involvement of other people”, a forest officer
informed.