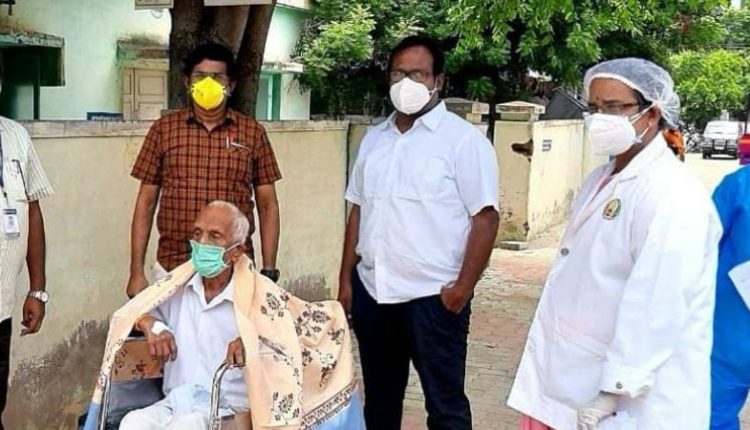 Dindigul: COVID-19 pandemic has so far claimed nearly 35,000 lives in India. But it failed to beat a 103-year-old man from Dindigul, Tamil Nadu. Having tested positive, he was admitted to Government Headquarters hospital here. He was discharged from the hospital on Monday after recovering from the virus infection.

The centenarian is a resident of Natham block here, which reported a large number of COVID-19 positive cases. The man tested positive on July 15 and admitted to the hospital the very next day.

According to hospital staff, the man did not have any comorbid conditions like diabetes or hypertension and was asymptomatic even when admitted to the hospital. But soon he experienced breathlessness on July 20 accompanied by body ache and fever.

The man, however, didn’t need ventilator support despite developing breathlessness, according to Dr K Vijayakumar, the Dindigul Medical College and Hospital Dean. “But his blood oxygen level was low, which posed a challenge. However, we were able to bring the level back to normal with high-flow oxygen therapy,” said the dean.

He was kept under observation even after his blood oxygen level returned to normal before he was discharged on Monday.