108-Ft Flag Brought Down From Atop Lingaraj Temple In Bhubaneswar; Know Why 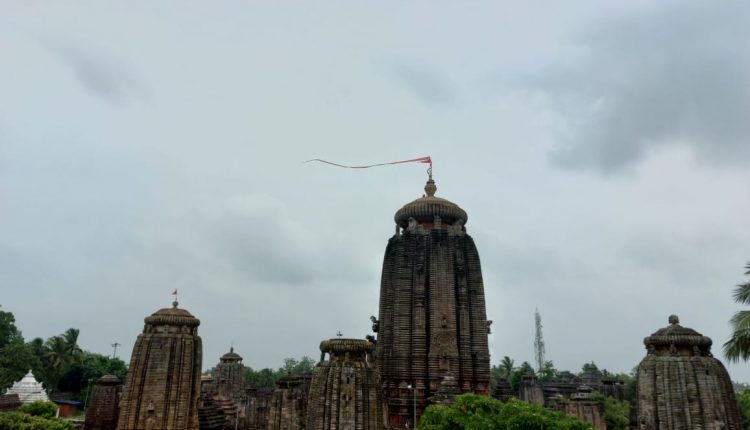 Bhubaneswar: A 108-ft flag that was hoisted atop Lingaraj Temple in Odisha capital was brought down following objection by the servitors on Friday.

But the servitors of the temple raised objection to the flag. They pointed out that ‘Dadhinauti’ (top structure) of the temple had developed cracks and was repaired around 4 years back. They feared that if such a huge flag is hoisted on the mast above the ‘Kalash’, it might put pressure on ‘Dadhinauti’ and further damage it.

Secretary of Brahman Nijog of the temple Biranchi Pati said the administration should consult the Archaeological Survey of India (ASI) before hoisting the flag.

Expressing similar views, secretary of Badu Nijog said since the temple administration was aware of the condition of the top structure, it should impose restrictions in this regard.

Arun Kumar Malik, superintending archaeologist, ASI, Bhubaneswar circle, said nobody had sought permission from ASI regarding hoisting of flag in Lingaraj temple nor any objection filed in this regard.

Meanwhile, following the servitors’ objection, the temple administration has brought down the flag.

Who Will Be Hero Of ‘Brahmastra Part 2: Dev’, Ranveer Singh Or Hrithik Roshan?