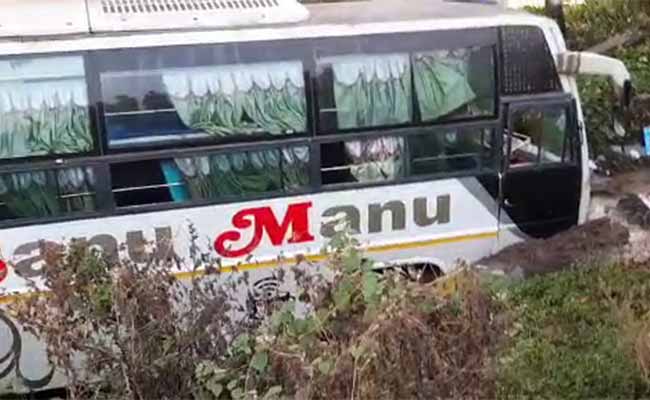 Bhadrak: At least 11 persons were injured when a Cuttack-bound private bus fell off the bridge near Trishulapur in Charampa area on NH-16 in Bhadrak district early on Sunday.

Sources said that the ill-fated bus ‘Ananta’ carrying about 50 passengers was on the way to Cuttack when the driver lost control of the vehicle which skidded off the road and fell off the bridge.

The local police and the Fire Service personnel rushed to the spot and admitted 11 injured passengers to the district headquarters hospital in Bhadrak.

Talking to the media, one of the injured passengers said that the driver failed to control the bus as it was moving at a high speed.