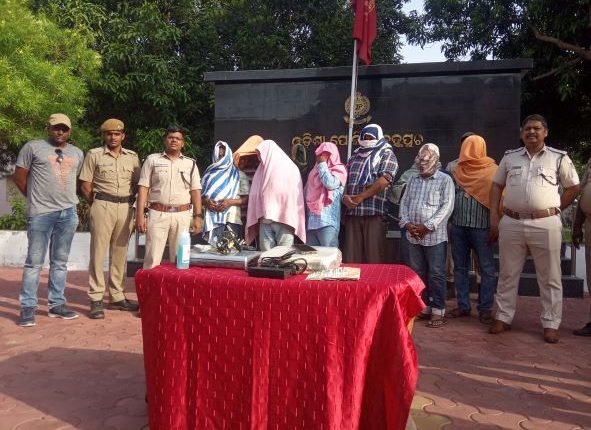 Berhampur: Police have arrested 12 persons including 2 women for running a clinic for sex determination and sealed the facility in Odisha’s Berhampur city.

Speaking to media persons on Friday, Berhampur SP Dr Saravana Vivek M, who is also a physician himself, said the illegal clinic for pre-birth gender determination through ultrasound test was run by Durga Prasad Nayak and his relatives Hari Mohan Dalai of Kukudakhandi and Akhaya Dalai of Nigam Nagar.

The clinic, which was operating from the house of Durga Prasad at Ananda Nagar in Ankuli, was raided and sealed by Berhampur police on May 26.

“We have arrested 12 persons including two women from the illegal clinic and seized an ultrasound machine along with ultrasound probes and connector, one laminated Logiq book XP ultrasound machine, ultrasound transmission gel, Rs 18,200 and one android mobile,” the SP said.

The clinic was charging Rs 7,000 to 15,000 for each test. It has been running for the last two to three years, the SP said. All these accused persons were forwarded to the court on Friday. A case has been registered in BN Pur police station.