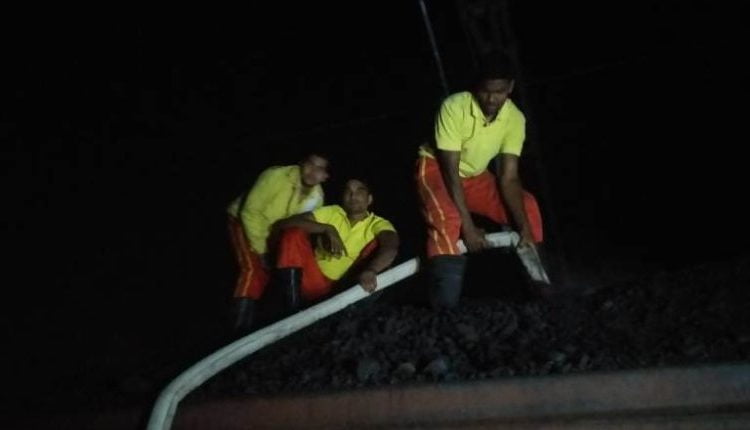 According to sources, Station Master spotted fire in the wagons when the train reached Singapur Road station in Rayagada district at 7.30 pm and asked train driver D. Namaste and guard SS Behera to stop it.

Follow which, the train was stopped at platform no-3 of the station. Fire Service personnel from Rayagada and Kolanara areas were soon pressed into service. It took them over two hours to douse the flames, the sources added.

29 Kalyan/Marriage Mandaps In Bhubaneswar To Be Sealed

Fire Breaks Out In Wagon Of Coal-laden Train At Soro