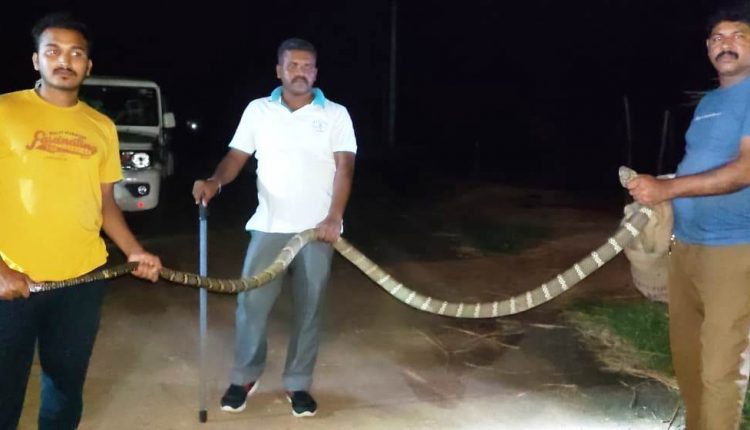 Berhampur: Forest official have rescued a huge King Cobra from the garden of a private residence in Odisha’s Ganjam district.

According to sources, D Mitu of Nandarajpur village under Patrapur block spotted the snake in the garden at the back side of his house later Sunday night. Alarmed by the size of the snake, he called other villagers.

They could not identify the snake nor know whether it was poisonous or not. Fearing to catch the snake or drive it away in apprehension that it might return to their houses, Mitu informed Forest Officer Manoj Kumar Patra over phone. On his direction, a team of Forest officials led by ranger K Kabita Reddy arrived at the village.

Luckily, when the Forest officials arrived, the snake had not gone very far and they caught hold of it. They identified it as King Cobra which was 15 feet in length.

They found the King Cobra to be in good health on checking and released it safely in a natural habitation away from the village.