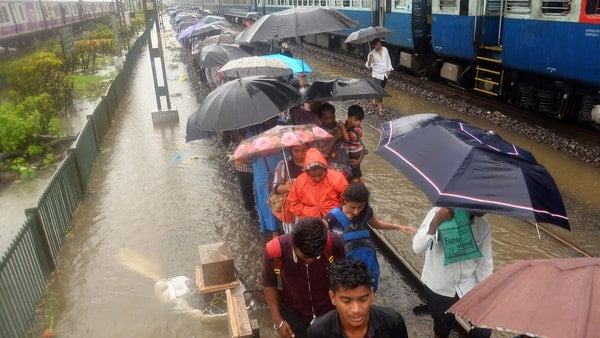 Rain fury has so far claimed 27 lives in Maharashtra, including 18 in a wall collapse in Mumbai, forcing the authorities to declare a holiday in the city and adjoining regions, while asking people to avoid stepping out of their houses.

Eighteen people were killed and over 50 injured in a wall collapse in the northern suburb of Malad East in Mumbai early Tuesday following heavy rains. Officials fear that three to five persons may be trapped in debris.

In neighbouring Thane’s Kalyan, the wall of an Urdu school behind Durgai Fort collapsed around 1am, killing three people, including a three-year-old boy, in adjacent hutments. The government has announced a compensation of Rs 5 lakh to the families of those who died in the Malad wall collapse.

In Pune, six labourers were killed and three injured after a wall collapsed in Ambegaon area late on Monday night. A wall collapse in Kalyan in Thane district early on Tuesday killed three people, officials said.

Late on Monday night, a SpiceJet plane that came from Jaipur overshot the runway during landing at Mumbai airport amid heavy rain. No one was injured but 54 flights have been diverted as the main runway had to be closed. The plane is still stuck on the runway.

Several suburban and long-distance trains have been cancelled after railway tracks were flooded. The Maharashtra government has declared a public holiday in Mumbai on Tuesday and asked people to stay indoors as a precautionary measure.

The city received the highest rainfall in a decade over a two-day period since Sunday, resulting in massive traffic jams and flooding homes in low-lying areas. “Due to heavy rain forecast in Mumbai even today by IMD, People are advised to stay indoors unless there is any emergency,” Chief Minister Devendra Fadnavis’ office tweeted.

The state government said only emergency services will remain functional in Mumbai on Tuesday. Students, who were supposed to come to Mumbai for document-verification for the undergraduate admission in MBBS, BDS and BAMS courses, have now been given the date of July 5, for the same. Mumbai University has postponed the exam of B.Sc Computer Science for first and second year students, an official said.

Heavy Rain To Lash Odisha For Another 24 Hours