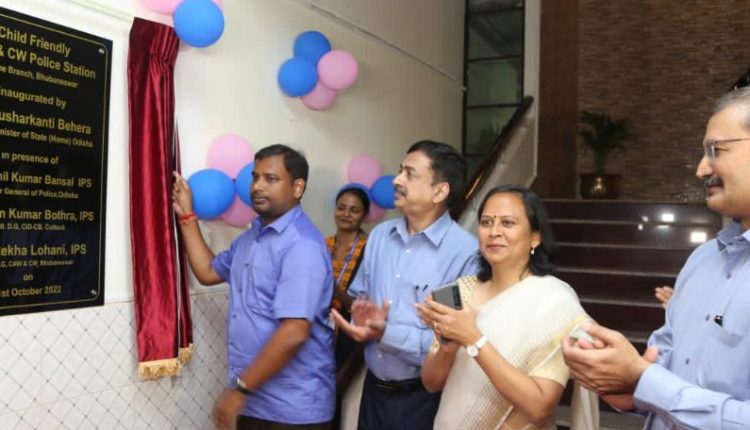 Bhubaneswar: Sixteen police stations have been upgraded in different districts of Odisha with the installation of child-friendly amenities and ambience.

The child-friendly police stations were inaugurated by Minister of State for Home Tusharkanti Behera through virtual platform on Monday. While one child-friendly unit was opened at the crime against women and children wing (CAW&CW) police station in Bhubaneswar, such facilities were launched 15 other districts too.

The unique initiative is aimed at making children more comfortable while lodging complaints with the police without fear.

The Minister said that such measures are intended to ease the fear and mental pressure of children visiting the police stations, seeking justice. The children will get books and newspapers. Names and phone numbers of the child welfare officers will be prominently displayed in the police stations, he said.

The 16 police stations have their interiors painted with pictures to attract children. Soft toys, library having animated story books, swings, washrooms, separate breastfeeding corner for lactating mothers and other recreational facilities, including TV have been installed in these police stations, additional director general of CAW&CW, Rekha Lohani said.

The minister also inaugurated a helpline desk, named ‘Sampark’ at the office of CAW&CW. The objective of the Sampark helpdesk is to address the issues of gender violence by providing psycho-social support to the victims of sexual violence, who face tremendous trauma post the incident, Lohani said.