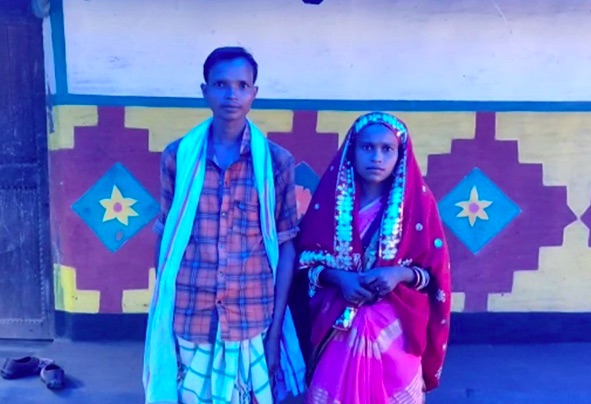 Bhubaneswar: Silly it may be, but believe it or not, a wedding could not be solemnised in a tribal village in Dhenkanal’s Kamakhyanagar on Monday after the groom’s family reportedly failed to serve country liquor to community members.

According to sources, Parau Marandi of Kadabasanta was in love with Sajani Marandi of Parjang and they got married at a temple about eight years ago. The villagers, however, refused to accept the marriage as it was not held as per the rituals of the community.

Parau’s family later decided to conduct a ritualistic wedding, October 31 was fixed as the date for the marriage and a grand feast was arranged for the villagers. Village headman Ramachandra Hembram alias Majhi Baba, however, refused to allow Parau and Sajani to tie the knot when they realised that no arrangements were made to serve Handia, which is a significant part of the tribal custom.

Parau requested them to enjoy the grand feat but to no avail. “The head man had ostracised me for the last six months. When I made arrangements for my younger brother’s grand wedding and invited relatives for the function, he along with drunkards headmen of five-six villages put a spanner in the event,” said Mansi Marandi while attributing the incident to some land dispute.

Though they sought the help of police, they too failed to convince the village head and locals to allow them to go ahead with the wedding without the bizarre age-old tribal tradition. “When the dispute arose, we tried to persuade the villagers to permit the marriage. But they didn’t listen to police. Separate complaints have been lodged by the two sides with police,” Kamakhyanagar IIC Sarat Mahalik said.

Stating the couple defied the tradition, Hembram said that the family refused to hold a discussion with him and a simple apology could have paved the way for the wedding.