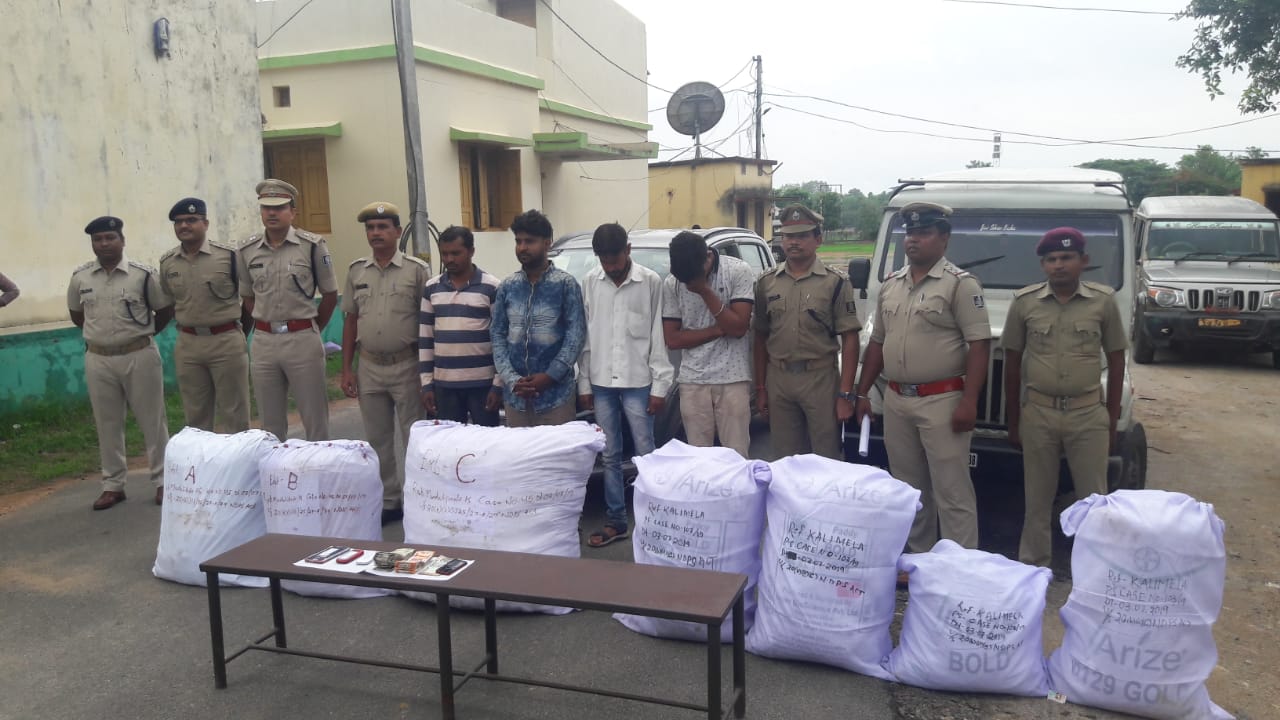 Malkangiri: Police have seized 165kg of ganja and arrested two persons near Goudaguda Chhak in Malkangiri district during patrolling on Tuesday night.

The accused have been identified as Ranjit Sikdar (30) and Subash Khara (37). Both belong to Malkangiri district.

Sources said Mudulipada Police were doing patrolling duty near Goudaguda Chhak and seized 165kg of ganja and arrested two persons. A Maruti Suzuki Celerio, three cellphones were seized from the possession of the accused who were forwarded to court on Wednesday.