1887 Rescued From Low-Lying Areas Of Jagatsinghpur In Odisha 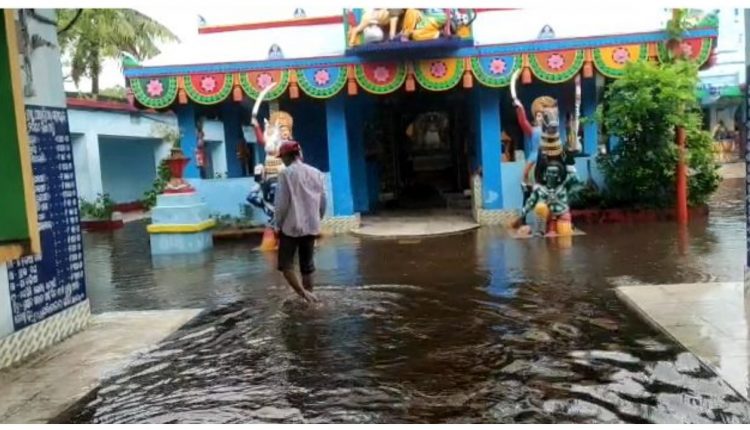 Jagatsinghpur: The Jagatsinghpur district administration has shifted as many as 1887 people residing in low-lying areas of the district to safety in the wake of incessant rains and water-logging since Sunday evening.

According to sources several people residing precariously in mud houses in low-lying areas especially in Naugaon, Ersama, Balikuda and Jagatsinghpur are being shifted to highrise buildings and cyclone shelters by the district administration.

As many as 25 people and their livestock have been rescued from two water-logged areas of Naugaon, 41 people from Balikuda and 1821 people from Erasama block and provided dry food at the rescue centres. All the Block Development officers and Tehsildars have been directed to ensure that no one is left out during the rescue operation, said the sources.