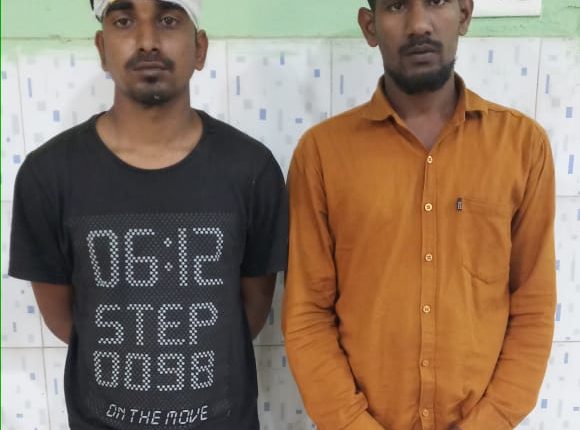 Bhubaneswar: Two youths were arrested for allegedly passing lewd comments at a minor girl near Lingaraj temple in the Odisha capital on Thursday.

The accused have been identified as Durga Charan Bhuyan and Swaraj Behera.

They allegedly made vulgar comments near Bindusagar when she was returning home from tuition around 8.30 pm.

The minor’s family filed an FIR against the duo after learning about the incident following which Lingaraj police picked up both of them.