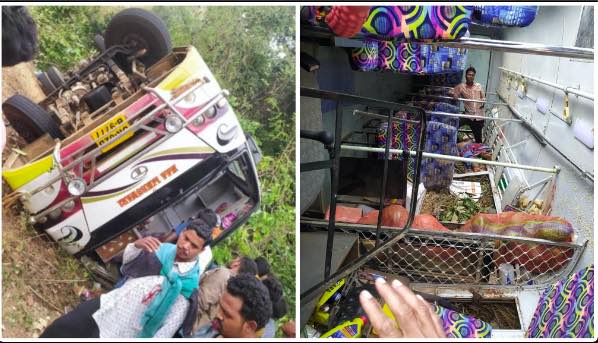 According to sources, the accident took place around 4 pm when the driver lost control over the vehicle which was en route to Patrapur in Ganjam from Raygarh in Gajapati. The bus then skidded off the road and overturned.

The deceased have been identified as Saraswati Sabar of Dubudubi in Ganjam district and Sumati Raida of Mohana in Gajapati district.

Confirming the two deaths, Patrapur BDO Prakash Chandra Das said: “The injured were rushed to Patrapur Community Health Centre in three ambulances and several other vehicles. Steps are being taken to refer the critically-injured persons to MKCG Medical College and Hospital in Berhampur.”