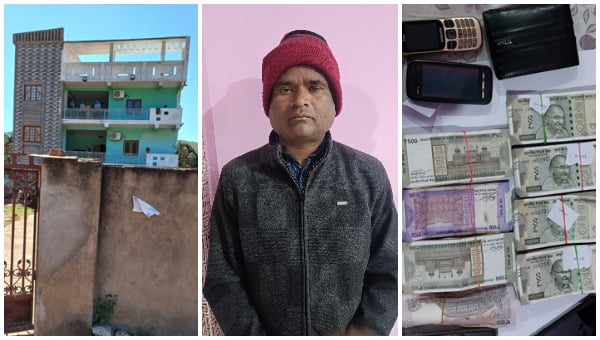 Bhubaneswar: Vigilance sleuths have so far unearthed property worth Rs 4.73 crore during a raid on a primary schoolteacher in Odisha’s Rayagada district on Saturday.

According to an official release, simultaneous house searches are being conducted by four teams at six places following an allegation that the teacher, identified as Shisir Kumar Semeli, had accumulated assets disproportionate to his known sources of income.

Check the estimation of the properties recovered:

Search is in progress, the release added.

According to reports, Semeli was regularised as a teacher about four to five years back and is currently posted in the office of Rayagada Block Education Officer (BEO). He has rented out 40 houses to employees of a construction firm and the estimated value of the building is Rs 40 lakh. He had also rented two JCB and four vehicles to the company. He also has shares in a liquor shop.

#Pushpa Or #PushpaRaj, Anyone Riding Without Helmet Will Be Fined; Check Odisha’s Road Safety Campaign