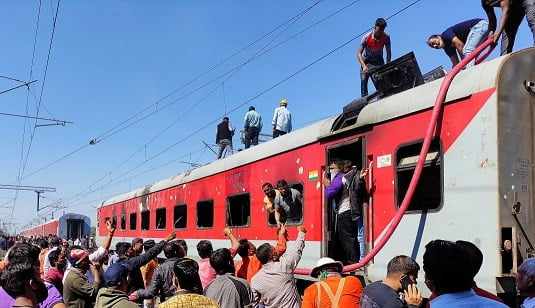 Bombay: Rail traffic resumed on both lines at Nandurbar station in Maharashtra at 12.10 pm on Saturday after services were disrupted for a few hours following a fire in the pantry car of the 12993 Gandhidham-Puri Express.

No passenger was injured in the incident that took place at 10.35 am. Nandurbar is about 450 km from Mumbai.

The fire was noticed in the pantry car of the train bound from Gandhidham in Gujarat to Puri in Odisha as it entered Nandurbar station, the Western Railway (WR) said.

“At about 10.35 am, fire was detected in the pantry car of the train as it was entering Nandurbar station. Fire extinguishers available at the station and on the train were used to douse the flames. The fire brigade also arrived at 11 am,” the WR said.

The pantry car was separated from the front and rear portion of the train. It was the 13th coach of the 22-coach train.

A medical team, paramedical staff and senior railway officers rushed to the site to take stock of the situation. The cause of the fire is being probed. 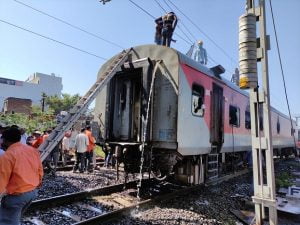 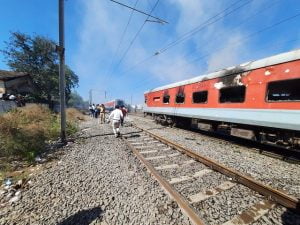