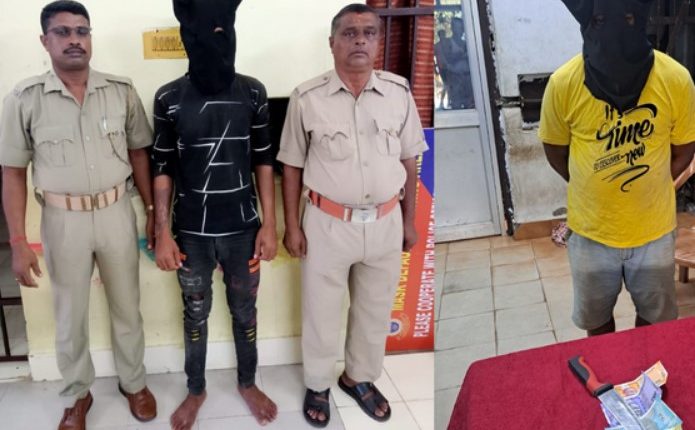 As per reports, acting on information that a youth was extorting money from shop-keepers on Chaitanya Street in the town, a team of Marine police station led by its IIC went to the spot and nabbed him. The accused was identified as Debraj Das.

The police team recovered a knife and Rs 390 from his possession. Later, the police arrested Debraj and forwarded him to court.

In another similar incident, the one Dilu Pradhan was allegedly extorting money from shop-keepers by threatening them with a knife near Huluhulia bridge under Talbania police limits. On being informed, a patrolling team of Talabania police station apprehended Dilu from the spot.

They seized the knife from his possession and arrested him. Later, the police registered a case and forwarded Dilu to the court.