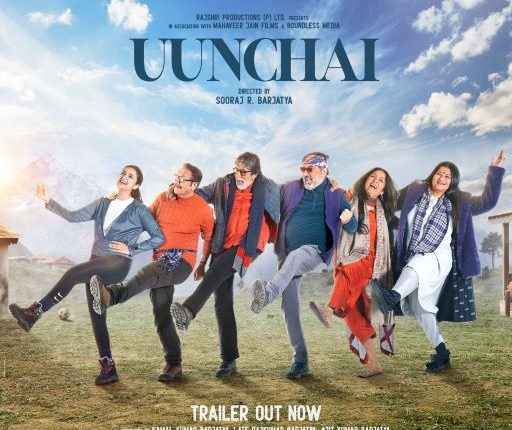 The Bollywood superstar was keen on being cast in their upcoming movie ‘Unnchai’ too, but filmmaker and good friend Sooraj Barjatya said ‘no’ to him.

Explaining why he didn’t want to bring Salman on board, Sooraj said that the former knew about his film and even discussed it with him.

“When I was making this, Salman asked me, ‘Sooraj what are you making?’… and then, ‘Why are you going to the hills?’ He also told me, ‘I can do this film!’ I said no! Because we all know he can climb the mountains. But I needed people who can look as if they can’t,” Barjatya said during the trailer launch of ‘Uunchai’.

The film, scheduled to release on November 11, is about three friends in their sixties — Amitabh Bachchan, Anupam Kher and Boman Irani — who are on a trek to Mount Everest.

“Honestly speaking, this is the first time I’m making a film like this. In 2016, writer Sunil told me the subject of the film about four friends, all 65 plus. It was a humorous story about their mission to trek to the Everest base camp,” Barjatya said.

Doctor Of AIIMS-Bhubaneswar Arrested For ‘Cheating’ Girl After Promising Marriage