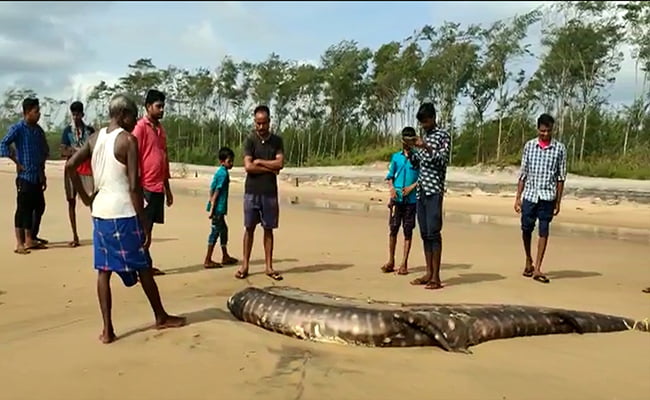 Jagatsinghpur: Carcass of a 20-foot-long whale shark was found on a beach near Siali and Ramatara under Ersama block in Odisha’s Jagatsinghpur district late on Sunday.

It weighed around 8 quintal.

According to sources, the Forest Department officials spotted the carcass during night patrolling. The shark was half-buried under the sand. The carcass was then tied to a rope to prevent it from getting swept away by the waves and retrieved the following morning, informed Kujanga Forest Range Officer Ranjan Mishra.

The cause of its death is not yet known. The autopsy will be conducted on Monday, he added.