Bhubaneswar: The surge in COVID-19 cases continued in the Odisha capital with 247 new cases being detected in the last 24 hours.

Among them, 148 are quarantine and 99 are local contact cases.

Of the quarantine cases, two have travel history while the rest are contacts of previous patients. The highest of 11 cases each have surfaced in Unit 6 and Bhoi Nagar, followed by eight from Bhomikhal and six from Reserve Police Colony. Six employees of a hotel at Nayapalli and seven of private hospitals have tested positive for the virus. Three electric office staff have also been infected, while three cases have been reported from the CRF campus. 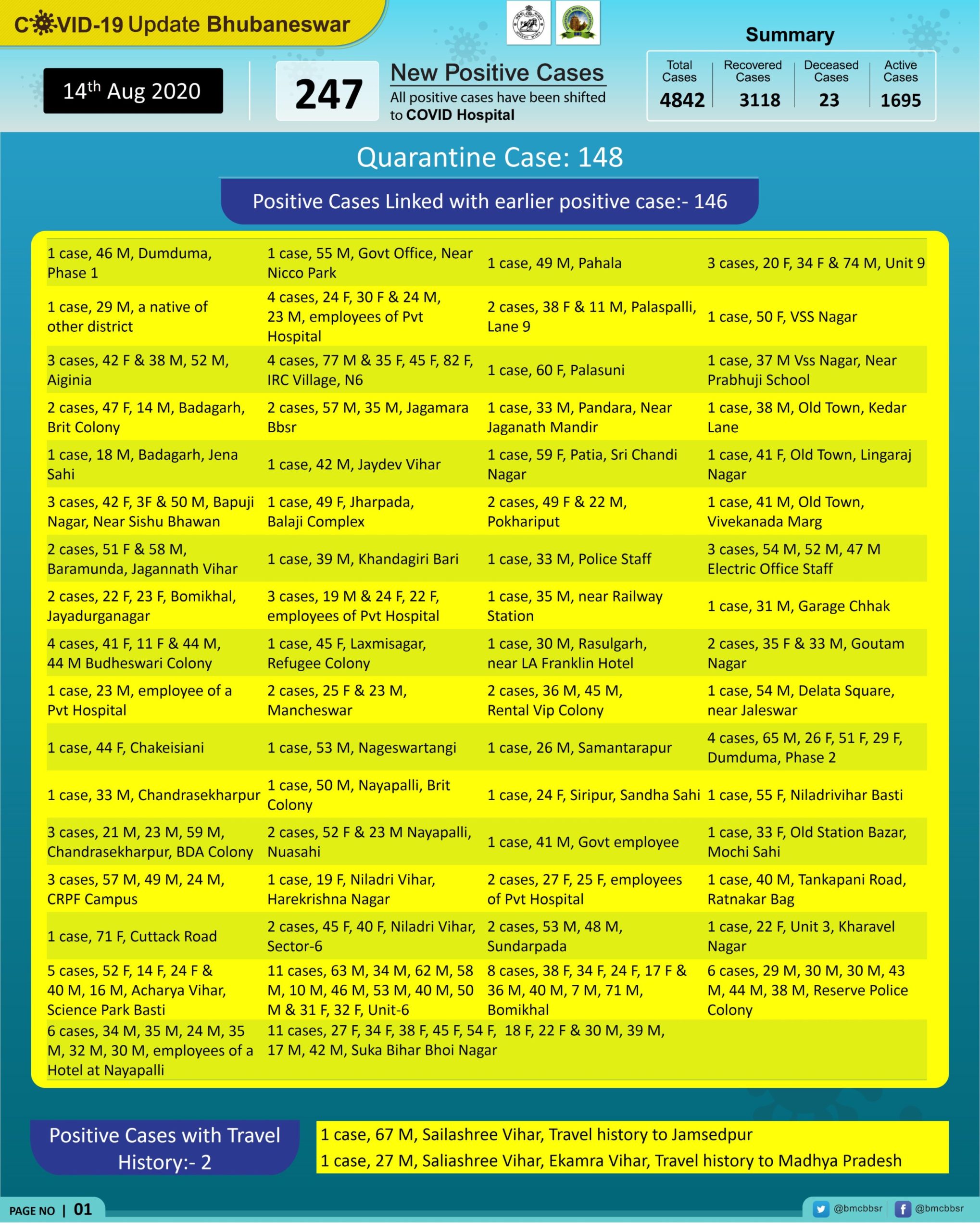 Four patients among the local contact cases are from Pokhariput’s Indraprastha colony and three from Reserve Police Colony.

“Further contact tracing is on. Primary contacts and nearby houses are being quarantined, sanitised and these will be under active surveillance,” the Bhubaneswar Municipal Corporation tweeted.

Meanwhile, the civic body has increased daily testing to 2,000 – 2,500. “It will be further increased in the coming days. Accordingly, the number of positive cases is also likely to increase,” it said. 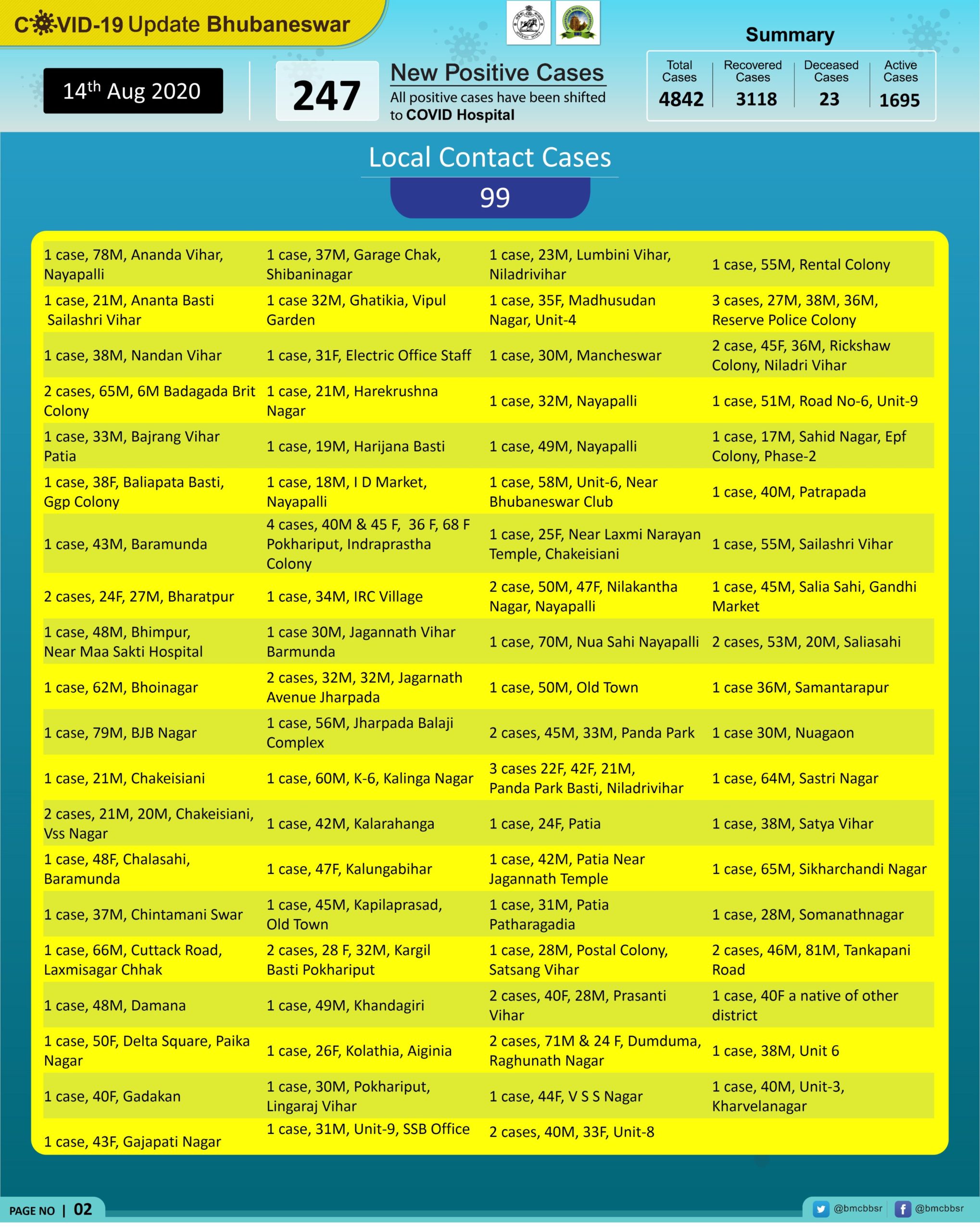 On the other hand, 103 patients of the city have recovered from the infection. 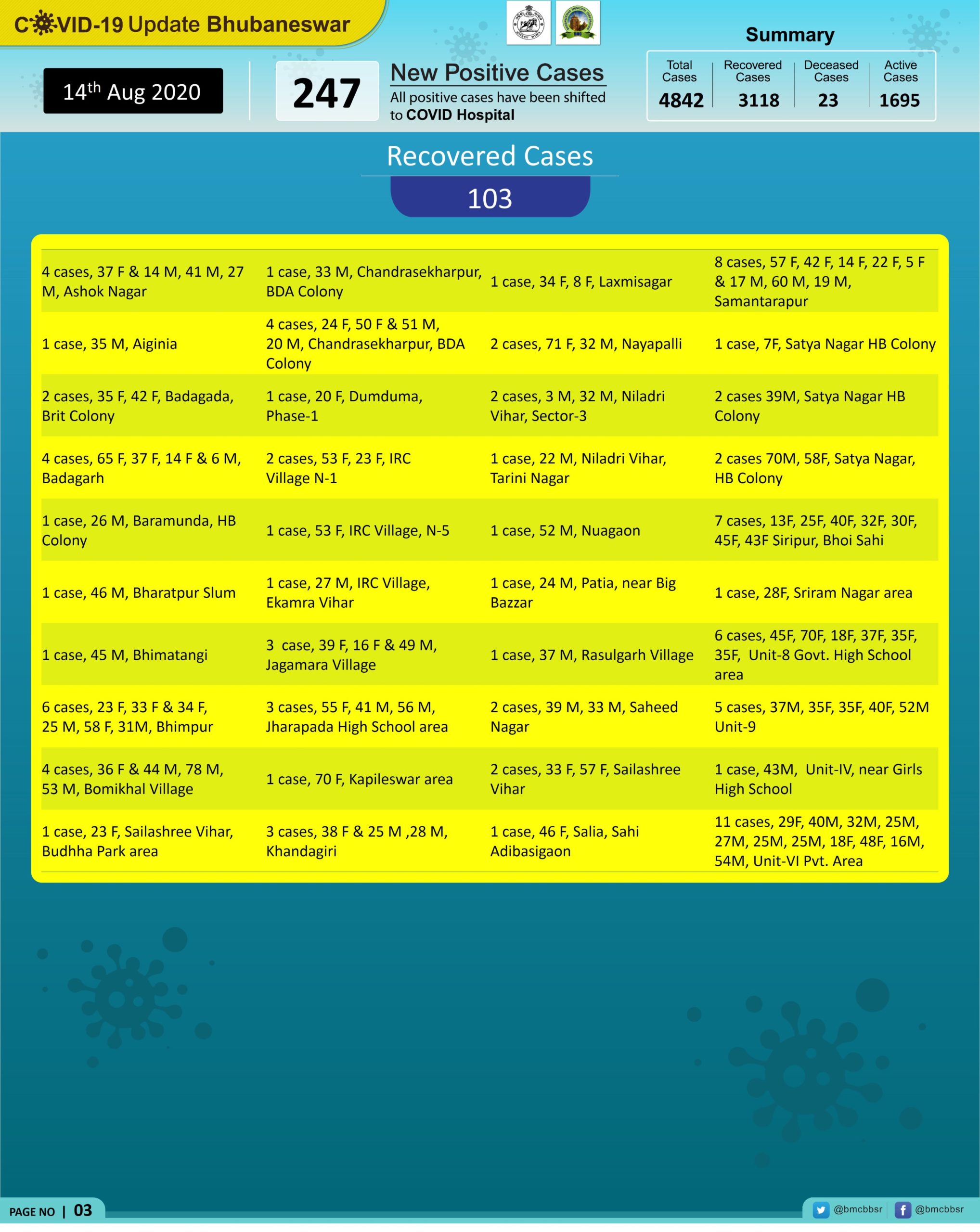 Capital Hospital To Have 8 COVID-19 Beds

‘Feluda’ Test Is More Accurate And A Potential…