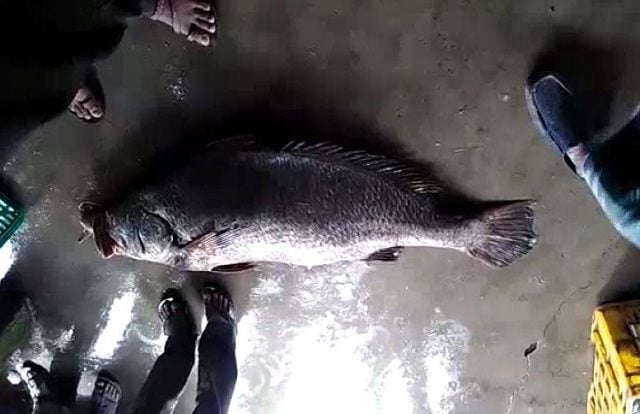 Balasore: Fishermen netted a huge fish weighing 27 kg off the coast of Digha near Odisha-West Bengal border on Friday.

The ‘Bhekti’ (Asian Sea Bass), which has a mild flavour and white flaky flesh, was bought by a pharmaceutical company ‘ARM’ at a whopping 4 lakh at Digha fish auction centre. Each kg of the fish was sold at around Rs.16,000, sources said.

The company said they did not mind paying the huge price since the fish is used for manufacturing medicines.

The fish is quite an iconic table fair in the Australian and Thai cuisines. In Bengal, the Bhetki is cooked as Bhetki macher paturi or coated with Suji. For the Goans, their local catch of Bhetki is known as Chonak which they prepare in red spices or serve pan-fried.

Two Grooms From Bengal Stopped At Odisha Border For This Reason

COVID-19 Lockdown: Fish On Your Plate From Today; Know The…