29 Injured In Firecracker Mishaps In Odisha 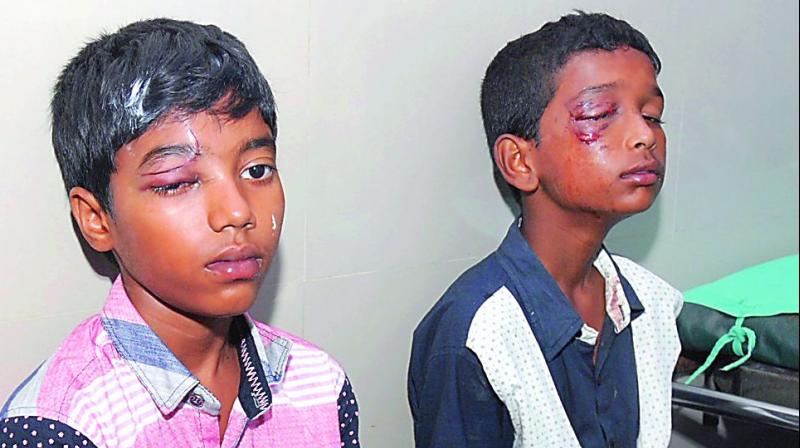 Bhubaneswar: At least 29 people, including two children, were injured in firecracker mishaps during Diwali celebrations in Odisha on Wednesday night.

In Bhubaneswar, three persons were injured and admitted to the Capital Hospital while five persons sustained burn injuries at Udala in Mayurbhanj district.

In Anandpur town of Keonjhar district, two persons were injured while a child was seriously injured when a firecracker hit his eyes.

In Bhadrak district, two persons of Balikhanda village and Paimora village of Barikpur panchayat were injured while a four-year-old child of Maitapur village sustained burn injuries. In Chandbali block, 10 persons were injured.

Apart from this, two shops hoarding diesel and petrol were completely gutted after a firecracker hit these shops at the Diesel Colony in Bandhamunda area in Rourkela.