3 Arrested For Stealing Liquor Worth Rs 56 Lakh In Odisha 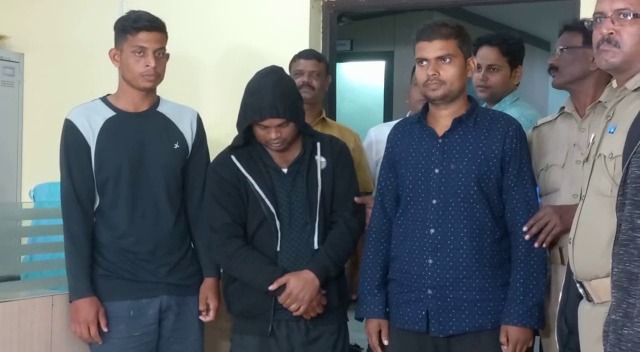 Bhubaneswar: Three persons were arrested for allegedly stealing liquor worth Rs 56 lakh from an alcohol manufacturing and bottling unit in Bhagabanpur industrial area of Bhubaneswar.

The liquor company on January 5 had asked the transport firm to provide 10-wheeler trucks to supply the consignments to Rayagada, Sambalpur and Raipur.

As the transport company had only two trucks, it contacted a truck association to provide them with a heavy vehicle. The association came in contact with one of the accused, Sonu Kumar Jena (33) of Angul district, who promised to arrange a 10-wheeler truck and deliver the consignment, sources said.

Jena, the prime accused in the case, along with his two accomplices Bhaskar Chandra Samantray (31) and Biswajeet Mohanty (19) of Bolagarh, did not deliver the consignment at the designated depot.

The liquor company lodged a complaint in Tamando police station on January 9 after the designated depot failed to receive the consignment. Police launched a probe and laid a trap to nab the accused persons. Efforts are on to nab two others involved in the crime.

Out of over 900 stolen boxes of liquor, 150 cartons each consisting of 24 bottles were seized from the accused. The truck used in the crime was also seized, police said, adding that the stolen liquor was valued at around Rs 56 lakh.

Jena, who is involved in transportation business, has criminal antecedents, they said, adding that around 25 cases, including one relating to murder, are pending against him in different places, police added.