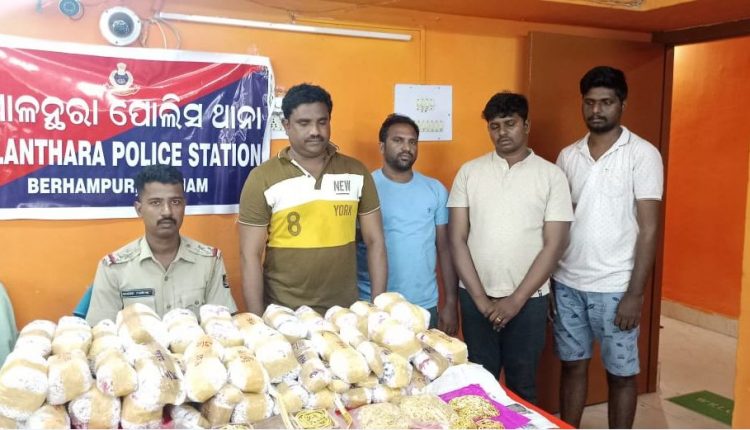 Berhampur: In a massive haul, Odisha Police on Sunday seized over 3.7 kg gold and 180 kg silver in Ganjam district and took three persons into custody for smuggling the precious metals.

Acting on information that a huge quantity of gold was being smuggled from Tamilnadu in a car, Berhampur SP Saravana Vivek M directed the officials of the Golanthara police station to intensify patrolling. Police personnel in plain clothes stepped up patrolling near Girisola check post on the national highway No. 59 and intercepted a car, which entered into Odisha from Andhra Pradesh, sources said.

Thorough checking of the vehicle, which had three occupants including the driver, was undertaken after it was stopped near Golanthara police station and the police personnel found around 3,700 grams of gold and 180 kg of silver.

The occupants of the car failed to produce bills and provide a satisfactory explanation about carrying precious metals. The three people have been taken into custody.

Sources further said the gold and silver, smuggled from Tamilnadu, were meant for traders and jewellers in Berhampur. Police have informed the GST and Income Tax authorities about the seizure for further investigation.

It may be noted here that a similar raid was carried out by Excise Department in Lanjipali check post in the district a few days ago in which Rs 1.2 crore in cash and 2 kg of gold were seized.