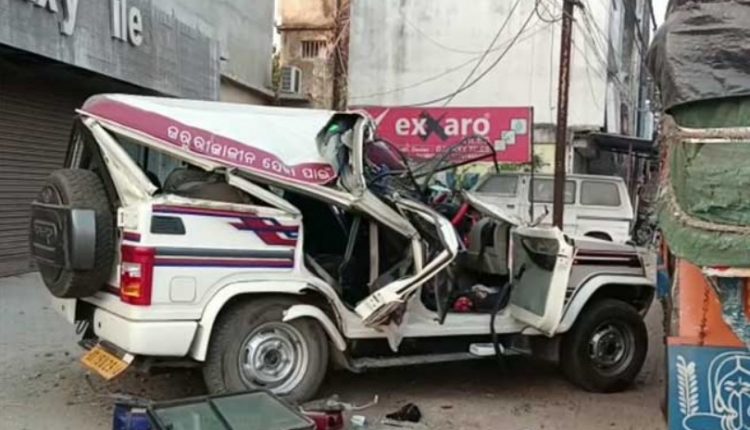 Sambalpur: New Year’s Day began with an unfortunate incident for police in Odisha’s Sambalpur district as their PCR van collided with a truck, rendering three of them critically injured.

According to sources, the accident took place when 4 police personnel were going in the PCR van on some work in Sambalpur city early Sunday morning. At Ainthapalli Chhak, as the van took a turn, it dashed against a truck.

Three of 4 police personnel were critically injured in the incident while another escaped with minor injuries in the incident. On being informed about the accident by the locals, a team from Sadar police station rushed to the spot and sent the injured personnel to VSS Medical College and Hospital at Burla.

One of the injured policeman was shifted to ICU as his condition deteriorated, hospital sources said. The police have filed a case and launched an investigation.