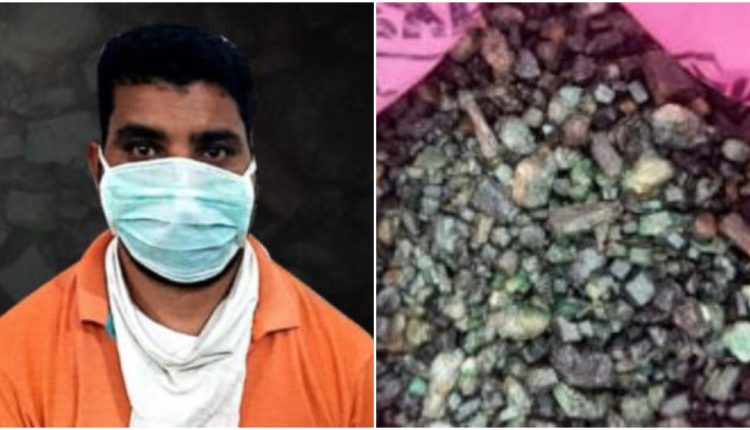 Bhawanipatna: The Special Task Force (STF) of Crime Branch and the Junagarh police seized precious gemstones worth crores of rupees during a joint raid in Odisha’s Kalahandi district on Sunday and arrested two persons.

Acting on a tip-off about the smuggling of precious stones in Junagarh area, the Crime Branch STF and the local police raided Palasa village in Junagarh block and arrested Sujit Kumar Meher and seized four gunny bags containing precious stones (Ruby and Panna) weighing 302.18 kg from his possession.

Besides, a gemstone trader was also arrested. A case under Sections 379 and 411 of the IPC and Section 12 of the Odisha Mineral Prevention of Theft, Smuggling and other Unlawful Activities Act has been registered.

Following the seizure, the STF personnel raided several areas in Kalahandi to trace the racket involved in the smuggling of the gemstones from the district.