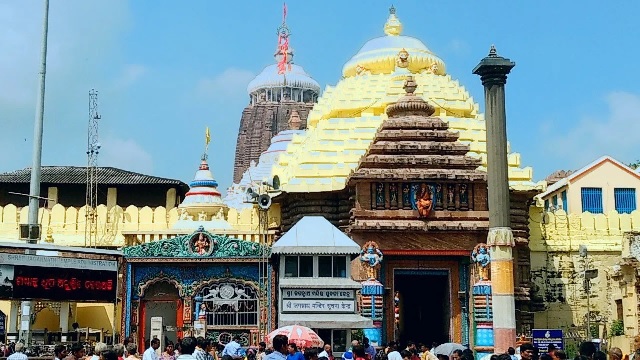 Puri: The Puri district administration has chalked out a comprehensive plan for crowd management in view of a huge crowd during the New Year weekend at Jagannath Temple.

A press release was issued on Friday stating that over 20 platoons of police personnel will be deployed in and around Puri Srimandir to maintain law and order in the area.

Hundreds of lifeguards will be stationed at designated bathing points along the beach to prevent incidents of drowning.

A meeting was held on Thursday where the district administration asked hotel owners, taxi, auto-rickshaw drivers, and travel and tour operators to put monitoring systems in place for the safety of visitors.

“Hotel owners were advised to install CCTV cameras in their hotels and various police outposts have been made operational in the beach areas to address issues of the visitors,” Superintendent of Police K Vishal Singh told media.

Besides, street vendors near the Badadanda were asked to clear the area and the multi-row barricades extended to over one kilometre from the Lions Gate (Singhadwar).

Devotees will go through the barricades from the Municipal Market Square and enter the temple through Lion’s Gate and exit through the North Gate, the release stated.

Special corridors have been made for seamless movement of the differently-abled, students, and elderly devotees during darshan. Extra spaces have been allotted for parking vehicles. Police personnel will keep a close vigil at designated places during the night to regulate pilgrim and vehicular traffic, the release added.