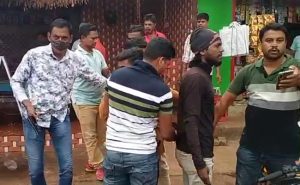 Khurda: A special squad of police arrested three wanted criminals from an eatery at Kantapada Chhak in Khurda town on Saturday.

According to sources, the three criminals along with another history-sheeter had come to a sweet stall on two bikes. After taking some sweets from the eatery, while they were going away without making the payment, the eatery staff stopped them and asked to pay the bills.

However, the police overpowered the three criminals while one managed to escape. The police also seized a mouser, other weapons and a bike from their possession.

Though police did not reveal the identity of the criminals, they said several cases were pending against the latter.