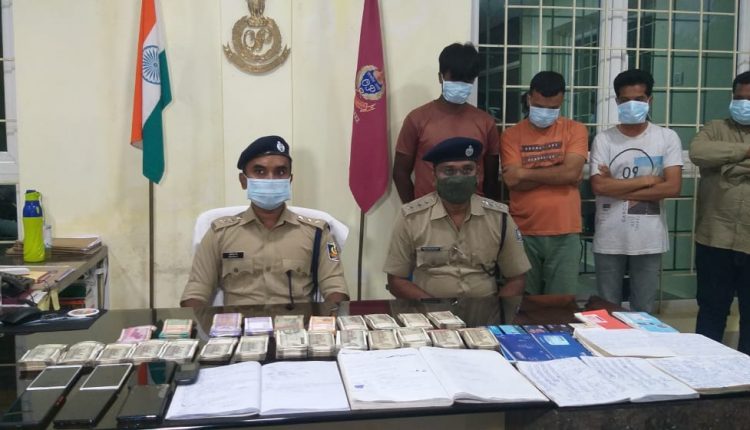 Malkangiri: Police busted third betting racket on IPL matches in the state and arrested four persons in this connection in the town on Saturday.

Speaking to the media on Saturday evening, Malkangiri SDPO Abhilash said following reliable information that four bookies in the town were running the betting racket on IPL matches, police conducted raids on their houses.

During the raids, Rs 9 lakh in cash, Rs 18 lakh in their bank passbooks, mobile phones and ATM cards were seized from their possession, the SDPO said, adding that they have been forwarded to court.

He further said the accused were nabbed while they were betting on the high voltage IPL match between Chennai Super Kings and Kolkata Night Riders. They were using radheexch and Freedom mobile app for the betting from the people’s money over phone.

Stating that the four bookies were operating in coordination with their counterparts in Chhattisgarh, the SDPO said their accomplices in Sukuma and Jagdalpur of the neighbouring state will be arrested soon.

It may be noted that this is the third IPL betting racket that has been busted in the state in less than a month. The police had busted a betting racket on IPL matches in a village of Deogarh district on October 6.

Similarly on September 23, the police cracked down on an IPL betting racket in Jharsuguda town and arrested two persons.