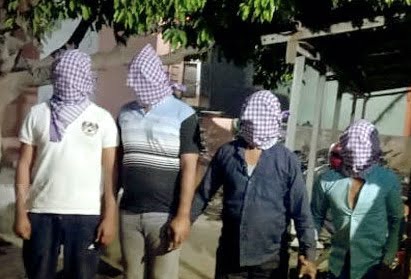 Angul: Police have arrested four members of an interstate gang for alleged theft of petroleum products from Paradip-Raipur-Ranchi Petroleum pipeline in Odisha’s Angul.

Those arrested are natives of Uttar Pradesh.

According to sources, security guards of IOCL found that the pipeline under Banarpal police limits had been tampered with and diesel stolen. They also spotted a diesel tanker parked nearby and the driver of the vehicle speeded away on spotting them.

Following a complaint, police sprung into action and nabbed three of the accused while one managed to flee. The absconder was later arrested from Amana village under Kantabania police limits in Dhenkanal district.