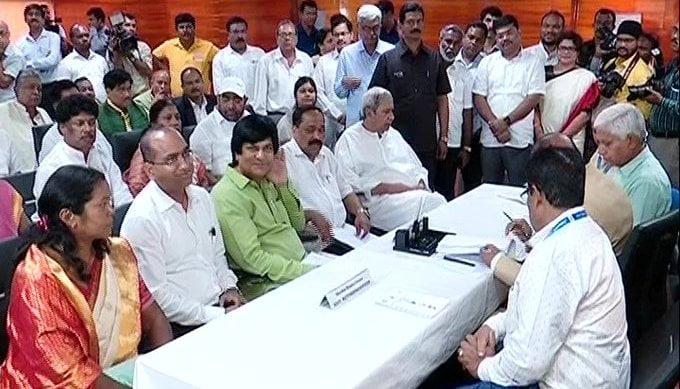 New Delhi: Four newly elected members of Rajya Sabha from Odisha were administered the oath of office by Vice-President and Rajya Sabha Chairman M Venkaiah Naidu in the House chamber on Wednesday.

All the members – Subhas Singh, Munna Khan, Sujit Kumar and Mamata Mahanta – belong to the ruling BJD in the state. They are among 61 Rajya Sabha MPs who took oath maintaining social distancing as per the guidelines COVID-19.

It is for the first time that the oath taking ceremony took place in the House chamber due to the pandemic when the House is not in session.

The Rajya Sabha elections were held for 61 seats between March and June. The BJD nominees from Odisha were elected unopposed on March 18.

But the oath-taking ceremony was deferred due to nationwide lockdown imposed in the wake of COVID-19 pandemic.

ISRO To Publicise Chandrayaan-2 Data Across The Globe From October