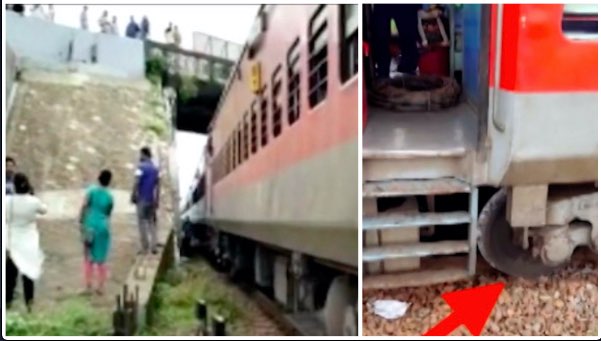 Koraput: A section engineer and a gangman have been placed under suspension following derailment of four coaches of Visakhapatnam-Kirandul Passenger train near Chatriput at Jeypore in Odisha’s Koraput district, GRM Anup Satpathy informed on Monday.

According to sources, one sleeper class and three general coaches got derailed after the train crossed Jeypore railway station this afternoon. No casualties were reported in the mishap as the trollies of the train just got derailed onto sleepers.