5 From Odisha Among 700 From Ukraine’s Sumy To Fly Back Home On Thursday! 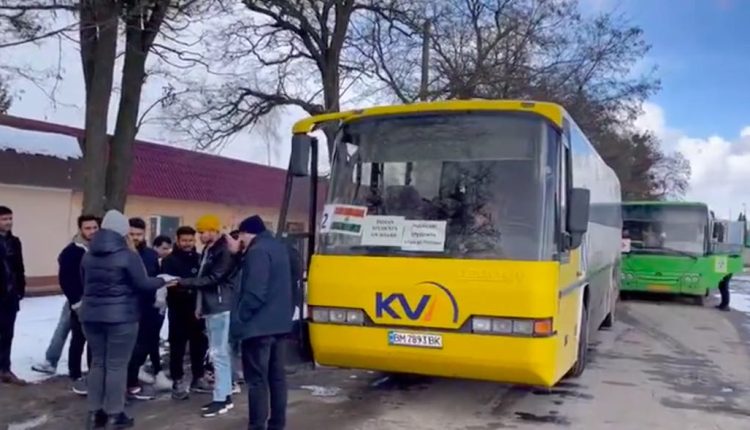 Bhubaneswar: Tapan Kumar Bugudai, Smruti Ranjan Nayak, Gouri Shankar Parida, Biswajit Das and Suman Mahanta of Odisha are likely to fly home from Poland on Thursday. They are among the 694 trapped Indian students, who were evacuated from the northeastern Ukrainian city of Sumy in buses and taken to Poltava, on Tuesday.

The Indian Embassy had arranged 12 large buses for them. These students boarded a special train on reaching Poltava, which was a three hours drive from Sumy. After a train journey of 888 km to Lviv in western Ukraine, they will be taken to Poland in buses. They will then board a flight to India from Poland on Thursday, news agency PTI reported.

The evacuation brought to end to their 13-day-long sufferings.

“We boarded the bus at 9 am. We had some snacks and water with us and medicines were also provided. All of us are relieved to have finally got out of the active war zone,” Tapan, a student of Sumy State Medical University from Balasore, was quoted as saying by the media.

Notably, another 45 more Odisha students returned to the country on Tuesday while the Odisha government had arranged a special flight to fly 77 from New Delhi to Bhubaneswar on Monday.

At least 425 students from the state were in Ukraine when Russia launched the military operation on February 24.

Rajiv Gandhi Assassination: Convict To Get Bail After More Than 30 Years