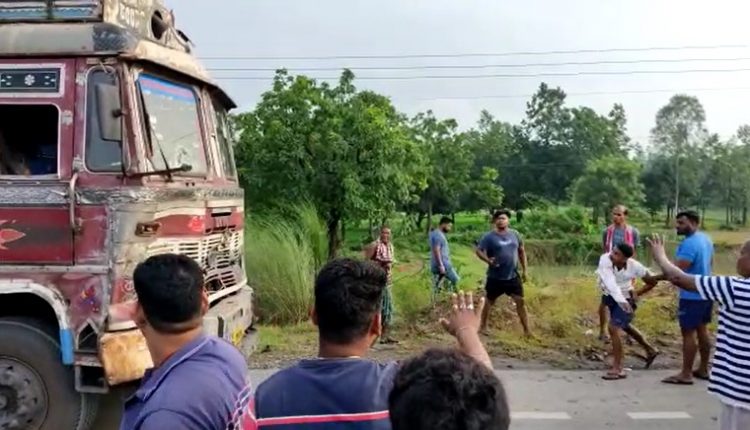 Dhenkanal: At least five persons, including a minor, were killed after the autorickshaw in which they were travelling was hit by a truck in Odisha’s Dhenkanal district on Sunday.

The fatal accident occurred at Patharakhamba square on NH-53 under Parjang block. The deceased were identified as Anant Samal, Prahalad Samal, Adikand Samal, Ankur Samal and Dibya Ranjan Samal. They were residents of Bangura village under Kamakhyanagar police limits.

According to sources, they were enroute to Muktapasi village when a coal-laden truck rammed into the autorickshaw. The truck’s driver and helper fled from the spot after the accident.

On being informed, Kamakhyanagar police arrived at the spot along with fire department personnel and rescued the bodies. A search has been launched to arrest the driver.

Meanwhile, locals staged a road blockade demanding compensation for the victims. Police have been deployed to avoid any untoward incident.

Berhampur SP Warns Against Collection Of Donation For Ganesh Puja