Berhampur SP Warns Against Collection Of Donation For Ganesh Puja 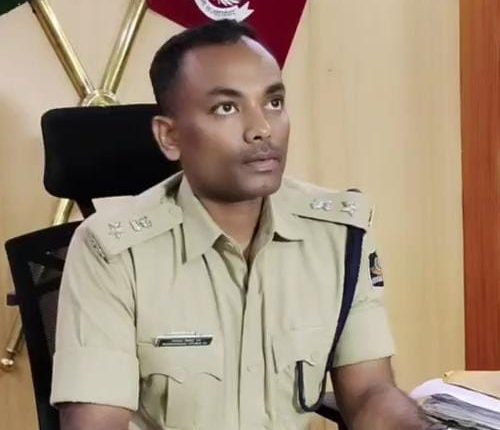 Berhampur: Police have warned against collection of donation for Ganesh Puja in Odisha’s Berhampur city.

Speaking to media persons on Saturday, Berhampur SP Saravana Vivek said it has come to the notice of police that some people were collecting donation from private residences, shops, markets and individuals for the last few days for organising Gaesh Puja. While people have objected to forceful collection of donation, there was a violent clash between two groups of youths in Ankuli of the city, he added.

Stating that forceful collection of donation leads to violation of law, the SP warned those resorting to it. He said strict action would be initiated against anybody found in the act.

Seeking people’s cooperation in this regard, he said they can call police helpline number 112 if they find anybody collecting donation for Ganesh Puja ahead.