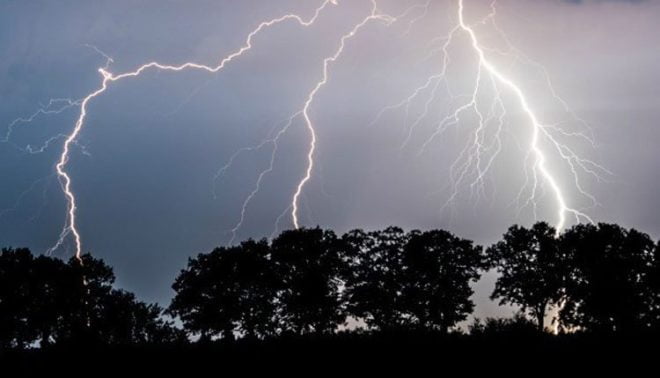 Bhubaneswar: Five persons were killed in separate incidents of lightning strike in two districts of Odisha on Sunday.

In one incident in Mayrubhanj district, a woman and her niece, identified as Rani Munda and Pana Munda respectively of Nimadiha village under Bahalda police limits, were killed while they had gone to a pond to take bath. They along with another villager were standing under a tree near the pond due to rain when lightning struck them.

All the three persons were rushed to a hospital at Bahalda. While Rani and Pana succumbed in the hospital, the third person was undergoing treatment for injuries sustained in the lightning.

The second incident took place in Barudihi village under Tiring police station of the district. While Shyama Purty, a cowherd, had taken the cattle for grazing, he was struck by lightning. The villager rushed him to local hospital, but he was declared brought dead.

The third incident took place in Jharsuguda district where a woman and her son were killed. The woman, identified as Kasturi Rohidas of Darlipalli village under Lakhanpur block and her son Dolamani Rohidas had gone to attend 11th day rituals of a deceased relative at Basupali village under Banaharpali police limits.

While both were participating in the community feast on the occasion, lightning struck them. They were rushed to the local hospital where they were declared brought dead.