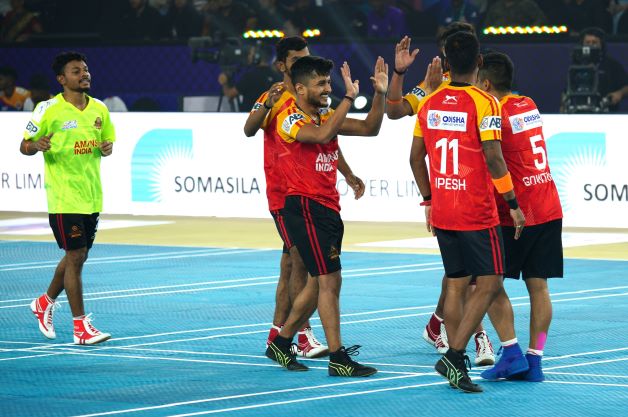 It was the table-toppers Juggernauts’ seventh victory in eight games – and sixth on the trot.

It was Telugu Yoddhas who started the match aggressively and led 22-18 in the first innings.

The Yoddhas were in front after the third turn as well. But Odisha Juggernauts threw caution to the wind in the final turn to capture 9 opposition players, scoring 22 points to register a comfortable win in the end.