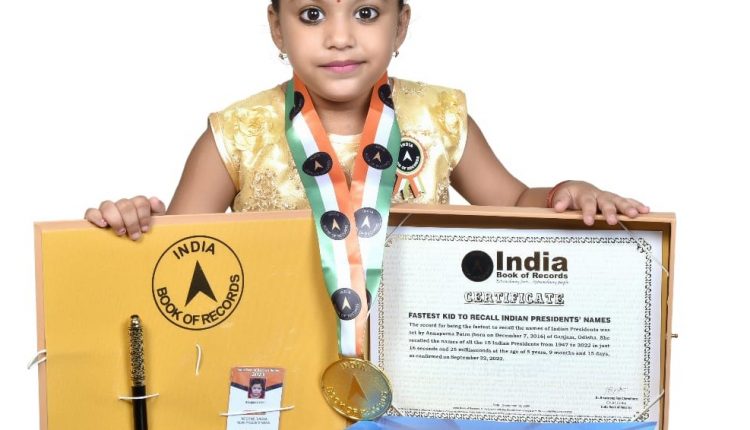 Berhampur: A 5-year-old girl of Odisha’s Berhampur city has entered her name in India Book of Records for correctly telling the names of all Presidents of India in a record time.

The parents of new record holder, Annapurna, had applied to the India Book of Records to participate in the competition on September 20. Annapurna, whose age is 5 years and 9 months, pronounced the names of the Presidents in just 16.25 seconds to set the record.

She has received the certificate for the record, a medal, a metal pen, badge of India Bok of Records and identity card for her achievement.

Annapurna is the daughter of Antaryami Patra and Manaswini Patra of Lane III of Brajrajnagar in Panigrahipentha under the city limits.

Manaswini said her daughter worked hard for a long time to set the record. Annapurna was also undergoing training to successfully perform in the competition, she added.