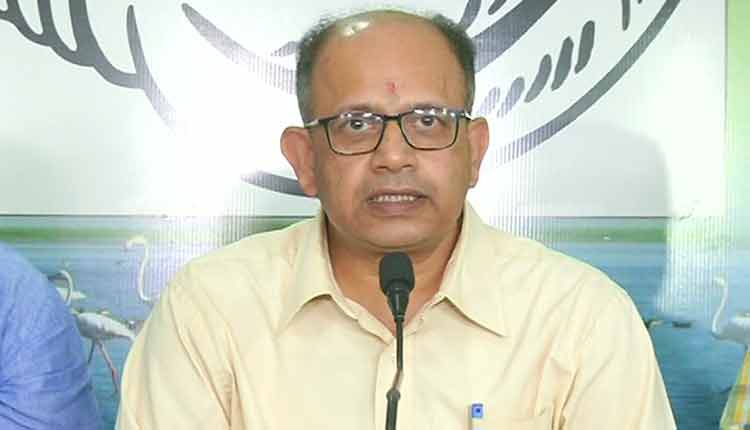 Bhubaneswar: Soon after the launch of 5G services in Odisha, BJD on Thursday said that it should not be reduced to publicity stunt and urged the Centre to concentrate more on improving tele-density and internet connectivity in rural and tribal-dominated areas of the state.

Addressing a Press meet, BJD MP and party’s national spokesperson Dr Amar Patnaik said the governance model of Odisha government is based on the 5T framework. One of the pillars of this framework is ‘Technology’.

“It is in this spirit that we welcome all kinds of beneficial technology and have ourselves adopted it widely for bringing about transformation in various fields like agriculture, health, education, transportation and communication etc,” he said.

However, the state has been facing serious issues of deficit in tele-density and internet density & services, particularly in the rural areas. “While we will co-operate with the Centre on the launch of the 5G services for its successful implementation, it is not going to address the core issues of these deficits, particularly in the rural areas & hence, denial of benefits in rural areas due to its adoption and launch.

“When there isn’t even access to telephone services, talking of 4G or 5G service being introduced in the State is only tall talk. It will further exacerbate the digital inequity between the states,” he said.

The rural tele-density in Odisha is only 62.73%. Therefore, the benefits will come only to urban areas and not to rural areas. Similarly, internet subscription for 100 people in the rural areas of Odisha stand at 34.51%; it is 88.98 % in case of urban areas.

Stating that 7 of the 8 tribal districts in the KBK region in the state are a part of aspirational districts of Niti Aayog, the BJD MP claimed most of these areas suffer even lower tele-density despite having historical backwardness.

Out of 51,311 villages in the state, 11,000 do not have mobile connectivity. Out of these, 10,000 villages come under LWE affected areas. 6278 villages in Odisha are still without any mobile access or connectivity – the largest number in the country, he claimed.

As for quality of even the existing internet services, people in Odisha have to climb trees or mountains to connect to telecom network, forget about digital services. 2500 mobile based towers will be required to provide coverage to uncovered villages in the state. But only 488 have been sanctioned as of now which means 2000 more mobile based towers will be required, Patnaik said.

This is affecting banking services, education and health services to the people living in these areas. Instead of concentrating on improving this picture, the introduction of new 5G services is not going to ameliorate this condition of denial of improved services and benefits to the rural people of Odisha, he said.

“While we welcome the introduction of 5G services, the Centre would do well to concentrate more on improving tele-density and internet connectivity (both in numbers and quality) in the rural areas of Odisha, particularly in the 10 districts where most of the people are tribal so that benefits of 5G technology are available to these who deserve it the most”, Patnaik said.