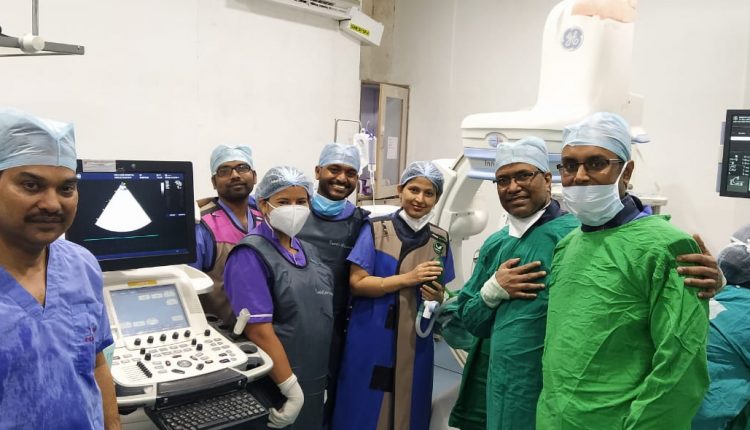 Bhubaneswar: A six-month-old baby boy, suffering from pulmonary valve stenosis, a problem relating to the heart valve, was successfully treated by doctors at the Institute of Medical Sciences and SUM Hospital here.

The baby, son of Subash Chandra Behera of Daspalla in Nayagarh district, had been having problem in breathing and was unable to take feed properly. Investigations revealed that the baby was suffering from pulmonary valve stenosis which meant that the valve located between the lower right heart chamber or right ventricle and the lung arteries had narrowed, Associate Professor in the Department of Cardiology, Soumya Ranjan Mohapatra, said.

In a narrowed heart valve, the valve flaps could become thick or stiff causing reduced blood flow through it. As the baby was only six months old, surgery to correct the problem was a bit risky. But a four-member team comprising experts in cardiology from IMS and SUM Hospital and SUM Ultimate Medicare was constituted which successfully conducted Balloon Pulmonary Valvotomy on the infant, the hospital sources said.

The baby, who was treated under the Biju Swasthya Kalyan Yojana (BSKY), was discharged from the hospital recently.

Groom Detained At Wedding Venue By Villagers In Odisha’s Balangir; Know Why