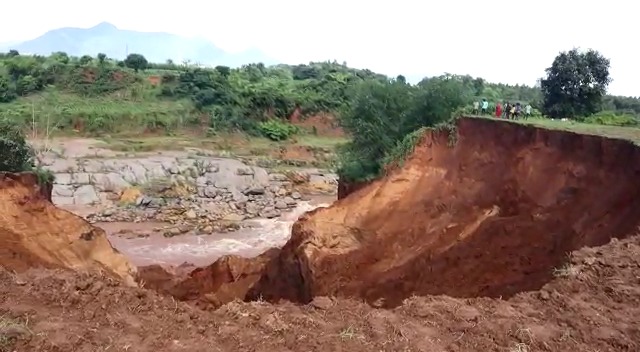 Rayagada: As many as 6 villages in Odisha’s Rayagada district are on verge of being submerged under water due to ingress of river Nagabali.

In the event of slightest rain, the people of Chekaguda, Raniguda, Gurumaguda, Antariguda, Khairaguda and Mariguda villages near the district headquarters, spend sleepless nights due to fear of flood in Nagabali. The phenomenon of floodwater of the river crossing its bank to submerge the farm land in the villages has become a regular feature.

Sarpanch of Baising panchayat Krishna Tadingi said Nagabali, which was flowing 200 metre from these villages, has changed its course and made crossed its banks over the years. Now, it has reached almost the doorsteps of the villagers as it is flowing hardly 50 metre away. As a result, the villages get cut off from rest of the world in case of continuous rains, he added. 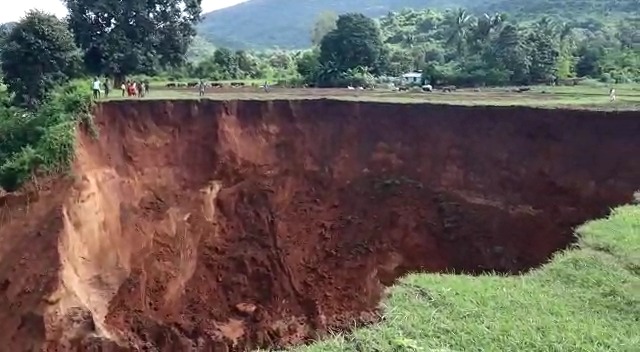 “During rainy season every year, landslides of large stretches along the bank take place and the soil gets devoured by the advancing river. We fear that the river will totally submerge the villages any day,” he said.

The sarpanch further said the villagers have drawn the attention of local MLA, district collector and Minister Kagannath Saraka to their plight several times in the last 5 years. But no remedial steps have been taken so far.

In fact, district planning board member and former minister Padmini Dian had visited the villages to stock of the situation three years back. She had assured the villagers of taking steps to stop ingress of the river. But no remedial measures have been taken so far, alleged Tadingi. 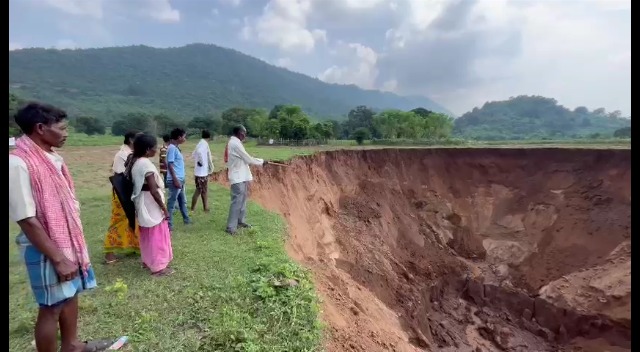 When contacted, Rayagada district collector Swadha Dev Singh said the administration was aware of the problems faced by the river-side villages. “Bansadhara irrigation division at Harbhanga has been assigned the responsibility to take steps for flood and river protection. The officials and engineers have visited the villages and a drone survey is going on to spot the vulnerable points along Nagabali bank. They have worked out short-term and long-term measures in this regard,” she said.

“As part of short-term measures, sandbag packing and barricading of the river banks would be taken up shortly. We will take up whatever long-term measures would be necessary as per the report to be submitted following the survey,” the collector added.

Strict Police Patrolling In Odisha’s Cuttack On Diwali, Bursting Of Firecrackers For 2 Hours Only