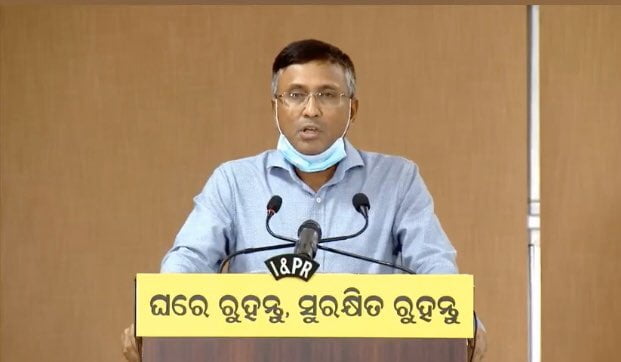 Bhubaneswar:  The Odisha government on Thursday announced 60-hour shutdown in Balasore, Jajpur and Bhadrak from 10 pm on Thursday to contain the spread of COVID-19.

Chief Secretary Asit Tripathy said that 29 cases have been reported in the last four days and 28 among them are from these three districts and one from Sundargarh.

“These three districts have become a cause of concern for us with most cases linked to West Bengal and therefore, a decision to go for complete shutdown has been taken,” he said.

Tripathy said that all probable contacts will be traced, testing increased by three times and all public places will be sanitised during the shutdown period.

The Chief Secretary said that similar measures in Bhubaneswar had yielded results as no cases have been reported from Khurda district since April 14.

He further said that three senior IAS officer have already been deputed to these districts to improve the preparedness and 27 platoon of police deployed at the bordering areas. “More enforcement will be sent and the borders sealed if need be,” he added.

Lockdown Routines: Hard Times Are A Blessing, They Make Us Stronger, Feels Das