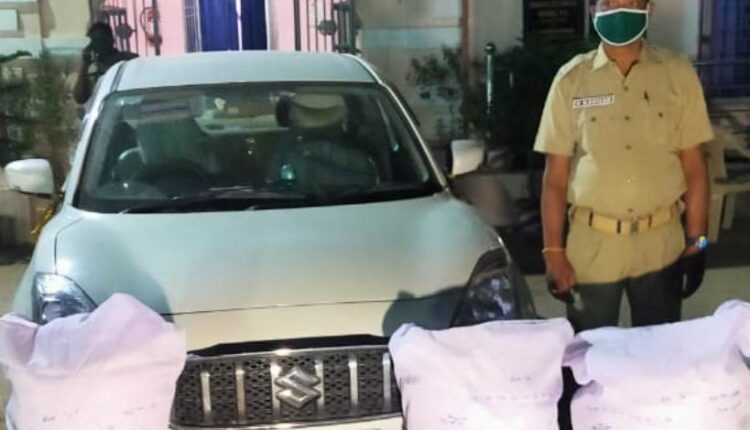 No arrests have been made in this connection so far.

According to police sources, police flagged down the car near Bridge Chhak on Mursundi-Baghiapada road around 8 pm on Sunday. The driver fled leaving the vehicle behind.

Three packets of the ganja weighing a total of 60.35 kg were recovered from the vehicle during the search in the presence of a Magistrate.
A case under the NDPS Act has been registered and further probe is underway.
0
Share FacebookTwitterGoogle+ReddItWhatsAppPinterestEmail