Bhubaneswar:  The Odisha capital added 342 new cases to its affected tally in the last 24 hours, taking the total to 21197.

According to Bhubaneswar Municipal Corporation (BMC), a whopping 67.54 per cent (231) are local contact cases while the remaining 111 infected are those in quarantine,

The BMC further said that contact tracing of the newly detected cases is still on and their primary contacts and nearby houses are being quarantined, sanitized and these will be under active surveillance.

Among the local contact cases, the highest of 16 have been reported from Chandrasekharpur followed by 12 from Patia.

Quartine cases include another 10 from Patia and seven each from Nayapalli and Laxmi Sagar.

The city also saw two COVID-19 deaths and 321 more patients getting cured of the infection during this period. 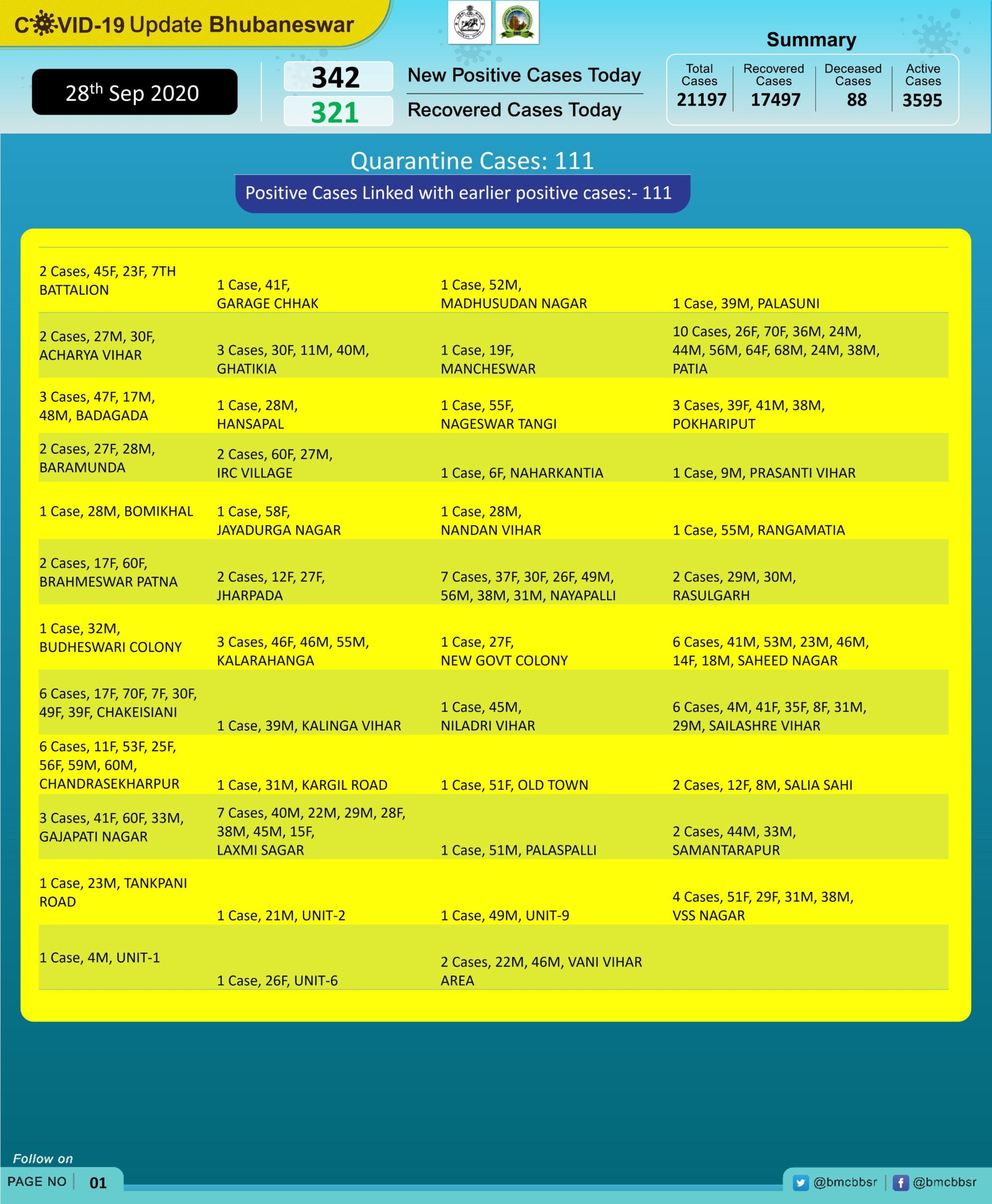 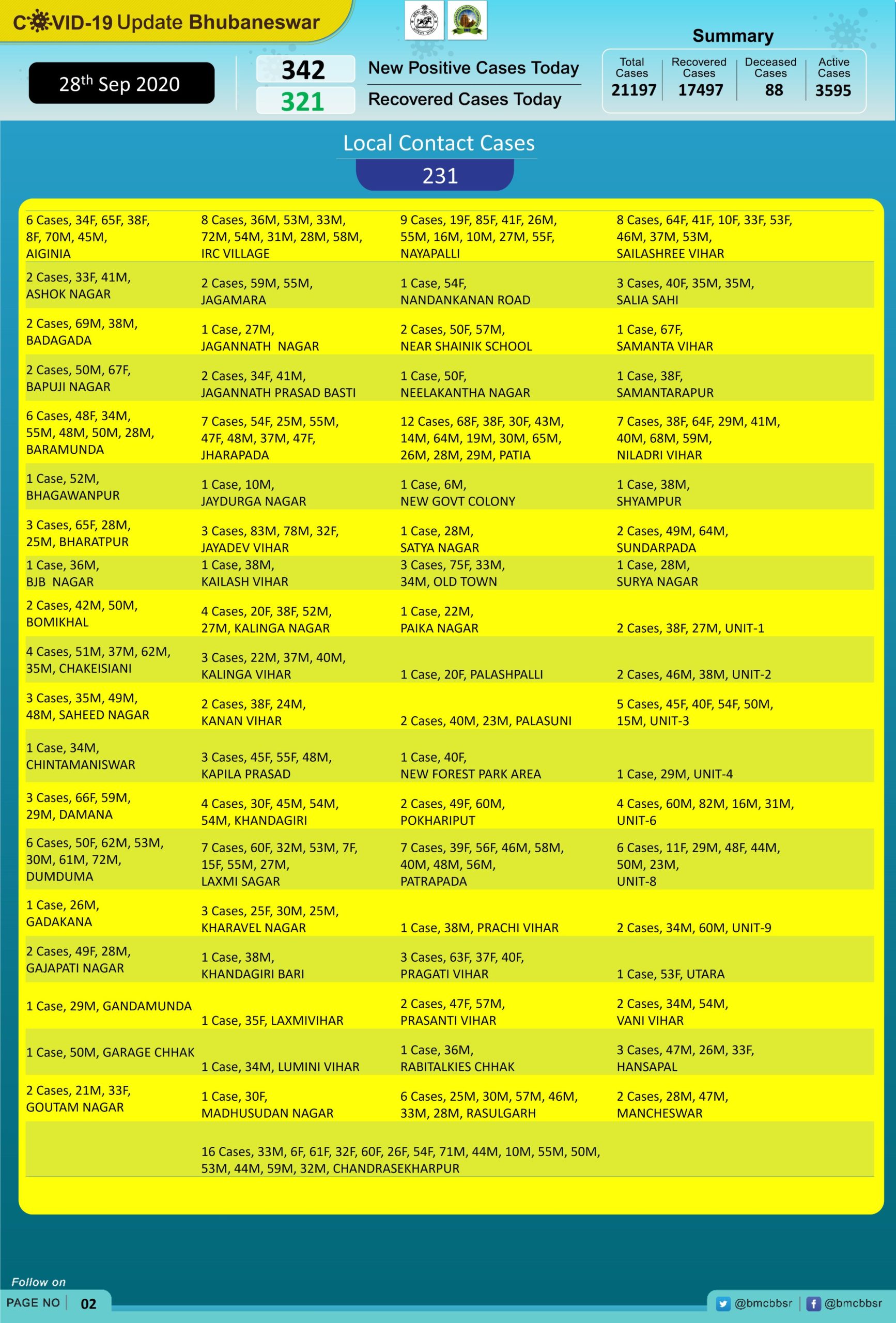 Body Of Unidentified Youth Found On Railway Tracks In Bhubaneswar

Body Of Unidentified Youth Found On Railway Tracks In…