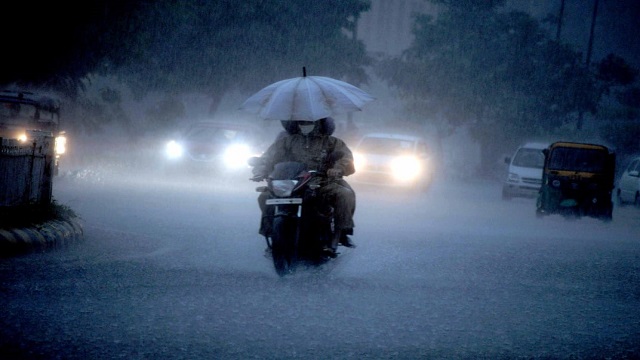 Bhubaneswar: The regional centre of India Meteorological Department (IMD) has issued orange warning for seven districts in Odisha till 5.25 pm on Friday.

Light to moderate rain/thundershowers with one or two intense/ heavy spells of rain are likely in some parts of the districts of Khurda (including Bhubaneswar), Cuttack (including Cuttack city), Nayagarh, Malkangiri, Koraput, Angul and Balasore during the next three hours.

The MeT office has warned about waterlogging in low-lying areas, occasionally poor visibility and traffic disruption in urban areas.

Yellow warning for light to moderate rain/thundershowers has also been issued for the remaining districts of the state.

Notably, the IMD has issued red warning for heavy to very heavy rainfall with isolated extremely heavy falls for Keonjhar, Bhadrak, Balasore and Mayurbhanj districts till 8.30 am on August 20. Heavy to very heavy rainfall (7 to 20 cm) is also likely to occur at a few places over Kendrapada, Jagatsinghpur, Cuttack, Dhenkanal, Angul, Deogarh, Sundargarh, Sambalpur, Sonepur, Boudh, Balangir and Jajpur districts during this period while Jharsuguda, Bargarh, Kalahandi, Kandhamal, Ganjam, Nayagarh, Khurda and Puri districts are likely to experience heavy rainfall (7 to 11 cm).

5 Panchayats In Odisha’s Khurda Waterlogged For 5 Days, Relief Operation Yet To Take Off