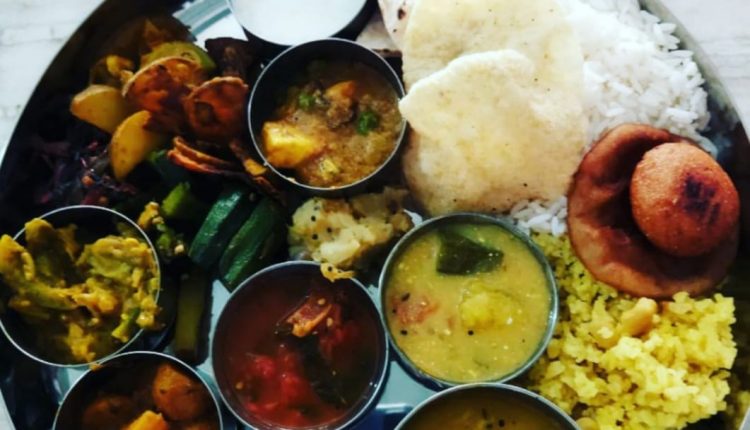 Sambalpur: At a time when the F & B industry across the world has been severely hit, big international hotel chains and fine dining restaurants have been shut permanently due to the pandemic, one of the oldest eateries in Odisha’s Sambalpur town has reinvented itself and assertively serving the local cuisines of Sambalpur. Barely a month in its new avatar, it has become the talk of the town. The owner family is basking in its legacy as well as its newness.

Prabhat Hotel, a restaurant in existence since 1944, catering to the needs of the local patrons, has seen many upheavals in the past. The COVID pandemic, however, was the harshest blow. There was very little business. Patrons stopped coming and it increasingly became difficult to run it because of the overhead costs. There was despair all around and mounting pressure to shut it down forever. But, its resilient owner Prakash Panda was not in a mood to let the restaurant die a silent death. After consulting with the young blood, the family unanimously decided they would be more vocal about local things and let the local pride shine.

Says Panda, “My father started the restaurant in 1944 and served only vegetarian local food. As Sambalpur was a major cultural as well important town, people from all over came here. But, gradually, over the decades, the menu changed as people showed little interest in eating home-style food. They wanted fried non-vegetarian and tandoori items. So, even though these things were not in our local diet, we had to introduce them to stay afloat in the business.”

All this while, the restaurant served the basic vegetarian thali, but became more famous as a place for spicy non-vegetarian food.

During the pandemic in 2020 the business took a hit. Earlier, the restaurant and hotel business had been hit after Sambalpur district was divided into four districts. So, the inflow of visitors also decreased over the years. The pandemic seemed like a final blow. But, the youngsters in the family who are proud of their legacy came up with the idea of giving the restaurant a new makeover. They renovated it and introduced vegetarian and non-vegetarian thalis featuring local dishes like ambil, kulutha dael, patalghanta khata, bhaji saag, alu bharta, bari bhaja, meetha bhaat, manda, kakra etc.

While the restaurant keeps its popular dishes, the joy of serving Sambalpuri dishes is apparent in Panda’s voice. “I am planning to serve food in traditional kansa utensils like baithi basa gina, kansa,” he adds.

So, next time you are visiting Sambalpur, you know where to head to enjoy a traditional and authentic local thali.

‘I Feel Unbearable Pain At The Core Of My Existence,’ Says Akshay Kumar On Losing His Mother