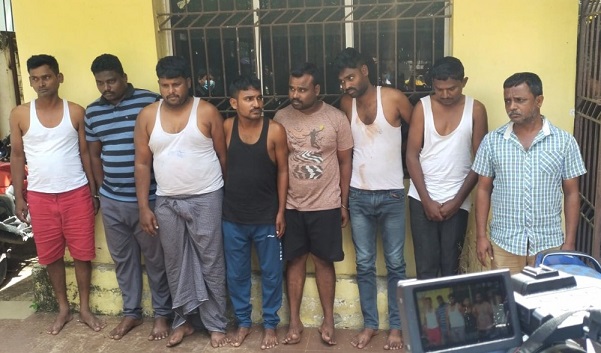 Bhubaneswar: Eight members of the notorious Eragola gang, behind a series of recent robberies in Odisha’s capital, have been nabbed by the Commissionerate Police.

All of them hail from Tippa Colony in Nellore district of Andhra Pradesh and belong to the Eragola tribe, notorious for thefts and robberies across the country.

The gang usually targeted valuables kept in scooters, motorcycles and four-wheelers. After four such cases were reported, the Special Squad swung into action.

Two cases were reported from Jatni and one each from Kharvel Nagar and Chandrasekharpur areas. On Tuesday night, a joint team of the Special Squad and Sahid Nagar police raided a rented house and apprehended eight members of the gang.