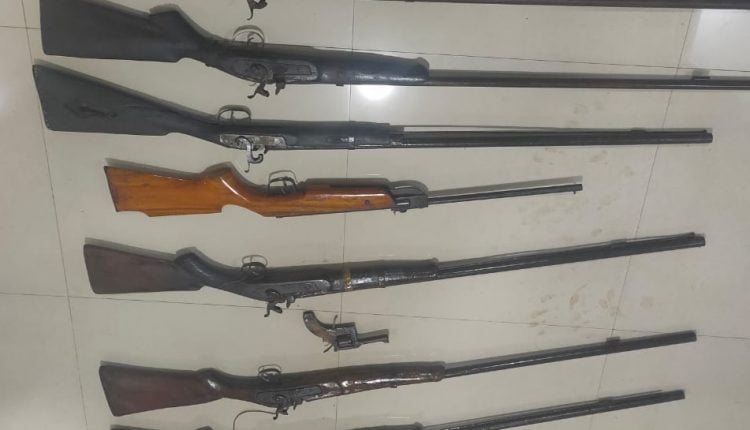 Following intelligence input regarding illegal manufacture and sale of fire arms by some criminals, a team of STF officers conducted a raid on the public road near Bhapur village in the district and intercepted two persons.

During search, 9 country-made guns and one revolver along with other incriminating materials were recovered from their possession. The STF team arrested both persons who were identified as Kalandi Nayak of Radhakrishnapur in Cuttack district and Shyam Sundar Sitha of Baliamba in Dhenkanal district.

A case has been registered at STF Police Station under section 25/27 of Arms Act in this connection.

Preliminary investigation ascertained that seized country-made firearms were manufactured by some criminals of the district were involved in illegal manufacturing of firearms. They have been identified and steps are being taken to apprehend them, the STF stated in a release.

It may be noted that during the drive against illegal arms and ammunition since last year, the STF has seized 56 firearms and 91 rounds of live ammunition.